Regulation of gas prices may need to change

A recent ECJ decision opens the door for review of gas policy. 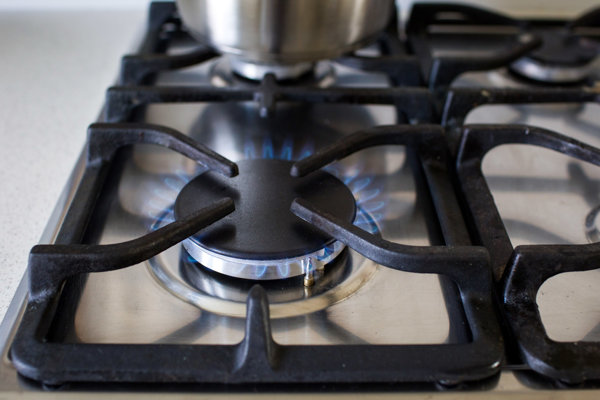 LOWER prices for natural gas were part of the first package of social measures introduced by the Slovak government in 2014, with the prime minister promising to reduce the price by more than 10 percent. Similar statements, however, may not be possible in the future, at least according to lawyers referring to a recent ruling by the European Court of Justice (ECJ) in a dispute between Poland and the European Commission (EC).

The court ruled on September 10 that Poland’s legislation regulating natural gas prices for non-household customers fails to comply with the European Union’s internal energy market rules. Lawyers as well as analysts see the verdict as a precedent and are talking about the impacts of the ruling on Slovakia, which also applies the flat price regulation. The country’s regulator, however, has ruled out such a possibility for now and is warning against the impacts of possible deregulation.

“The immediate abolishment of [Slovak] regulation would result in higher prices for people and small companies,” Miroslav Lupták, spokesperson for the Regulatory Authority for Network Industries (ÚRSO), told The Slovak Spectator.

Price deregulation is, however, also one of the objectives of the European Union. It may, among other things, help alternative suppliers get new customers in a market controlled by former monopolies, analysts say.

“Price regulation hinders market development since it does not allow free product creation,” Martin Vlachynský, analyst with the Institute for Economic and Social Studies (INESS), an economic think tank, told The Slovak Spectator.

The EC referred Poland to the ECJ for failing to comply with the EU’s internal energy market rules in 2013. The 2009 gas directive stipulates that prices should “primarily be determined by supply and demand”, according to a statement issued in June 2013.

State-set tariffs for non-household end-users impede new gas suppliers from entering the gas market and do not allow Polish consumers to reap the full benefits that the internal market can offer, according to the EC. Moreover, regulated prices may be adopted only in exceptional circumstances and not as a main rule for price-setting: a number of strict conditions have to be met, including a proportionality requirement.

The ECJ ruled that Poland failed to respect the requirements of the EU directive, as the system of regulated gas prices applies to all non-household users, regardless of their size and situation and does not set a time limit on the regulated prices.

The EC welcomed the ruling as it confirmed that “the national systems of price regulation for big customers are in compliance with the European rules of the internal gas market only if they are filed only with strict proportionality requirements”, according to a statement provided to The Slovak Spectator.

The court also confirmed it is necessary to set time limits for regulated prices and also continuity with the group of customers for whom the regulation applies.

The EC is now holding talks with Poland to change its regulation in a way that is in compliance with the EU rules.

Lawyers consider the decision a precedent. Since Slovakia applies the flat regulation principle to households and small companies, it is possible that the flat price regulation in the country will end, according to Rastislav Hanulák of the Capitol Legal Group law firm.
Though the Slovak energy market is liberalised, alternative suppliers are successful in luring new customers only in segments where regulation is low, Hanulák told the TASR newswire.

Lupták of ÚRSO, however, stressed that the verdict concerns price regulation for big companies, which Slovakia abolished in July 2007.

“The regulation of households and small companies in Slovakia is fully in compliance with the European legislation,” Lupták added.

The verdict comes at the time ÚRSO is finishing the draft of regulation policy for the years 2017-2021, Jozef Badida, analyst with Energieprevas.sk website, said. The draft, however, does not propose changing price regulation, the Sme daily wrote.

“If ÚRSO wanted to continue with regulation in the future, it should adequately explain such intention and set conditions under which it would end the regulation,” Badida said.

At the end of 2014, up to 89 percent of all energy supplies for households were provided by former market monopolies, while for small companies, this was 76 percent. For big customers, more than one-third of their supplies were provided by alternative suppliers, according to ÚRSO’s annual report. Though deregulation of prices should be a natural part of liberalisation of the energy market, Vlachynský said Slovakia has gone backwards in this area since it re-introduced price regulation for small and medium-sized companies in 2013.

The full deregulation of the market should be preceded by at least a 7-percent change of customers to alternative energy suppliers and a drop in the market share of traditional suppliers to less than 50 percent for natural gas and 65 percent for electricity. Under current conditions, such a result may be achieved in five years, according to an analysis by the Institute of Financial Policy (IFP), which operates under the Finance Ministry.

“The high concentration of the market and low activity of customers confirms the insufficient development of competition,” the IFP analysis states.

Most customers are not motivated to change suppliers and stay loyal to their existing service. More marketing activities may, however, help to open the market and aid new players, according to the analysis. Vlachynský also confirmed the unwillingness of customers to change suppliers.

“The reason may be only very few differences in products,” he added, “and the price offers usually differ only by single euros a year, not much motivation for regulated customers to change their [supplier].”

Deregulation may bring a more developed market, new innovative products, and may prevent problems in the future, Vlachynský said.

IFP proposes three scenarios for households. First, to continue with regulated prices that, however, from the long-term point of view contradicts liberal market principles.

“The regulation, even in the form of a price cap, is costly,”the IFP document reads, “and when the cap is set too low, it may result in very low or negative margins and discourage new sellers from entering [the market].”

The second possibility is immediate deregulation of the end price. The price will, however, still include the regulated monopoly transfer or distribution, as well as other fees. In case of deregulation all sellers will have to publish their prices, which was one of the problems that accompanied the deregulation of small companies in the past, according to IFP.

The document, however, does not recommend deregulation without functional competition and protection of vulnerable customers.

The third scenario concerns partial deregulation, which would bring more freedom to sellers who would be able to offer tariffs above regulated prices, but simultaneously they would be obliged to offer also regulated tariffs  set by the regulator. This dual system works in most EU countries.

“Such an approach would result in higher flexibility of sellers and would bring an impulse for new players to enter [the market],” the IFP document states.

The EC has also stressed the need for deregulating prices.

“Regarding the prices for households, the EC will continue talks with its member states to gradually leave the price regulation plans, particularly if the regulated prices are below costs,”according to the EC statement.

If deregulation is to have the best effect possible, it is necessary to raise awareness of households and small companies, explaining the advantages of changing suppliers and simplifying the whole administrative process, Badida said.