ALTHOUGH not bringing any medals, Slovak swimmers came their closest in years to that aim at the European Short Course Swimming Championship 2015 in Netanya, Israel which took place between December 2 and 6. 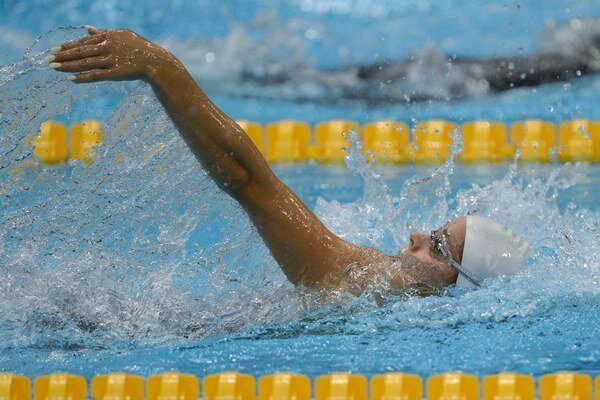 Richard Nagy was the Slovak swimmer closest to a medal position in seven years, when he missed third place only by five hundredths of a second in the 400 metres individual medley on December 3.

Women were also successful, as Katarína Listopadová ended up seventh two times, making it to the finals. “This seems to be my fate… I would love to have a medal,” she said, as quoted by the Sme daily. “Before the championship, I would have been happy about the seventh place but now I see I was closer to better positions. Nevermind, I have to be satisfied. I surely have reserves that can be still improved,” the swimmer, aged 22, summed up.

Two teenagers of the team both aged 17: Andrea Podmaníková – who ended tenth and eleventh in the two races – and Barbora Mišendová – seventeenth, who later had to give up due to health issues – were a positive surprise of the championship and a great hope for the future, Sme wrote.

Generally, the championship was dominated by Hungarian swimmers, of whom Katinak Hosszú with six medals was the absolute champion, seting also two world records.