Recognising the International Day of Elimination of Violence Against Women

Close to one-quarter of women in Slovakia report having suffered abuse. 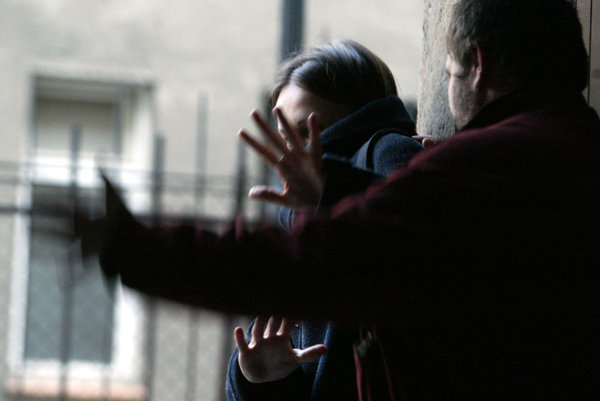 Gender-based violence is pervasive. Worldwide, an estimated one in three women will be physically or sexually abused in her lifetime. According to a European Union Agency for Fundamental Rights (FRA) survey, close to one-quarter of women in Slovakia report having suffered abuse.

Gender-based violence comes in many forms, from intimate partner violence, to rape and sexual assault, to early and forced marriage. And the effects of this violence spread well beyond the immediate victims. Gender-based violence impacts entire communities and fuels cycles of violence and conflict in society. But violence is not inevitable – and each of us can do something to stop it.

The United States is committed to being a part of the global effort to prevent and respond to this problem. Around the world we support projects to raise awareness of gender-based violence, engage policymakers to improve legislation, train service providers to better address the needs of victims, and call for greater accountability in society and the delivery of justice.  We fund projects that provide safe spaces and vocational training for survivors, and work to mobilize religious, business owners, and community leaders to end different forms of gender-based violence.

In Slovakia, the U.S. Embassy recently invited Scott Jenkins, a retired police officer from Minnesota, to help raise awareness of this issue. Scott assisted in developing the “Duluth Model” of domestic violence prevention, which focuses on support and safety for women, court-ordered men’s nonviolence classes for batterers, coordinated community intervention, and strong criminal justice system involvement. The “Duluth Model” has been successfully utilised in the United States, Austria, Germany, the United Kingdom, Romania, and Australia, and we look forward to seeing the results of this system’s implementation here in Slovakia.

And now everyone has a chance to help end gender-based violence during the upcoming 16 Days of Activism Against Gender Violence campaign. Every November 25, the International Day of Elimination of Violence Against Women kicks off the 16 Days, which ends on Human Rights Day on December 10. Launched by United Nations Secretary-General Ban Ki-moon, the campaign demands action from everyone – men and women, boys and girls, government officials and community leaders. We can support victims by listening to them and believing in them. We can educate men and boys to support women and girls and stand up to violence.

Ultimately, gender-based violence will only end when women and girls are fully valued by society and are free from the threat of harassment and attack because of their sex. But we can’t do this alone. We at the Embassy are planning to mark the 16 Days and we encourage you to do the same, including by wearing the campaign’s colour of orange when possible to demonstrate your commitment to ending gender violence in Slovakia and around the world.