RegioJet to remain operating the route. 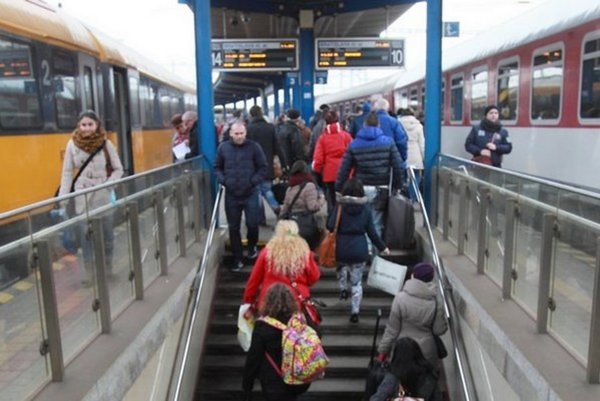 Shortly after the private passenger rail carrier RegioJet announced its withdrawal from the Bratislava-Košice route, the state-operated railway passenger carrier ZSSK has decided to scrap its InterCity (IC) trains on this route, citing their ongoing loss-making operation. ZSSK plans to stop its IC trains as of mid January.

ZSSK is not able to meet the expectations of its stakeholder, i.e. the Transport Ministry, for the coming year to reverse the losses generated by IC trains.

“The economic condition of IC trains has been systematically improved for the last three years, as we managed to radically cut losses every year,” said ZSSK general director Pavol Gábor as cited by the TASR newswire. “Following the arrival of competition, however, the number of passengers has dropped. Thus we are unable to bring these trains into black numbers.”

According to ZSSK, although revenues from operating IC trains cover the operating costs and the EBITDA result is positive, overall the trains will generate an accounting loss this year at a level similar to last year, i.e. about €1.2 million. Since 2012, IC trains have neither been subsidised nor ordered by the state.

“We have made all the possible measures to improve the economy and simultaneously worked to bring tangible improvements to our passenger services,” said Gábor. “Despite this all, however, we quit because we are responsible managers and cannot act irrationally or uneconomically. Such unpleasant decisions inevitably form part and parcel of a competitive environment.”

The ZSSK’s competition on the route, RegioJet, began to operate this route last December. Thus passengers were able to travel with unsubsidised ZSSK IC trains and RegioJet’s trains as well as subsidised express trains operated by ZSSK. Free train measures enabling free rail transport for children, students and pensioners pertained to the latter.

Recently RegioJet announced that it would stop despatching its trains on the Bratislava-Košice line sometime in January 2016. According to RegioJet owner Radim Jančura, the reason was inaction on the part of the Transport, Construction and Regional Development Ministry, which has been ignoring the ZSSR dumping fares on the loss-generating IC trains pushing RegioJet out of the respective market. However, the latest decision of ZSSK changes the game for RegioJet, too. 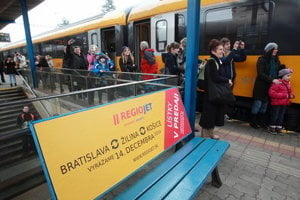 “We consider the decision they announced to be responsible and right, particularly from the legal perspective and development of fair conditions for railway business,” said RegioJet spokesman Aleš Ondrůj as cited by TASR. He pointed out that ZSSK IC trains had been in the red even before RegioJet entered the market.

According to RegioJet, a non-profitable dominant firm cannot take on its new competition through dumping fares because this amounts to an unfair business practice.

“RegioJet is preparing the operation of up to 13 trains on the Bratislava- Košice line in such a way so as to offer to passengers more than double the capacity offered on the route in the past by all commercial trains of both carriers combined. We strive to make this product commercially successful and attractive for the largest possible number of customers with its quality services,” added Ondrůj.