Brain drain of Slovakia goes on 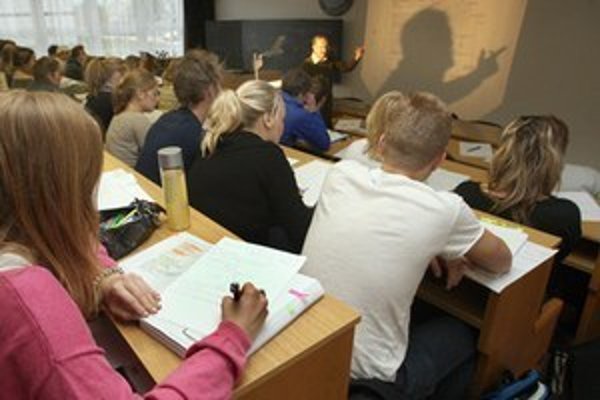 Only one quarter of Slovaks studying abroad plan to return to Slovakia. (Source: Sme)
Font size:A-|A+99

The number of Slovaks working abroad has been increasing. The Business Alliance of Slovakia (PAS) estimates that more than 300,000 Slovaks work abroad either short or long term, while an additional about 30,000 Slovaks are studying abroad. Most of them study in the Czech Republic but during recent years much more also in Germany or Austria. What is seen as alarming is the low percentage of those abroad pondering to return back to Slovakia.

In October PAS conducted a survey Talents for Slovakia in which it asked respondents why they live abroad and what would motivate them to return. In total it surveyed 132 people working abroad and 81 people studying abroad.

“It is alarming that only less than one quarter of Slovaks studying abroad plan to live in Slovakia,” Peter Kremský, PAS executive director, wrote in the press release. “In case of those working it is even 9 percent; almost 70 percent of the respondents are preparing to stay abroad indefinitely.”

When asked what would inspire students to return home they listed higher wages (46 percent) and order and prosperity in Slovakia (39 percent). Another strong argument was the family situation (33 percent). A change in the political situation in Slovakia would convince almost one third (29 percent) to return to Slovakia. Only 11 percent of the respondents would return thanks to government’s financial stimuli. In case of those already working abroad it was primarily the family situation due to which they would return to Slovakia (78 percent), higher wages in Slovakia (52 percent), a change in the situation in Slovakia and order and prosperity in Slovakia (both 30 percent). The government’s stimuli would draw back to Slovakia only 5 percent of the working respondents.

PAS, while pointing out that many companies in Slovakia have problems filling their vacancies and that by departure of young people Slovakia is losing future payers of taxes as well as social and health insurance contributions, believes that improvement of the business environment in Slovakia would save them costs. Moreover, they would employ more people for higher wages as well as draw back Slovaks from abroad.