A Christmas tram decorated with thousands of lights is again riding the roads of the Old Town of Bratislava. 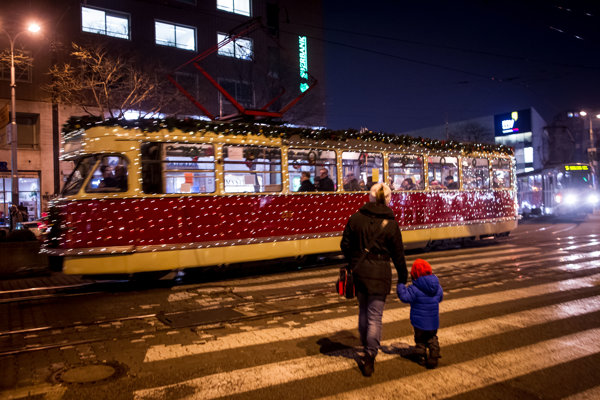 The Christmas tram how it looked in 2014. (Source: Sme)
Font size:A-|A+  Comments disabled

“The Christmas tram has already become some tradition not only for citizens of the capital but also visitors of Bratislava admire the tram,” said Adriana Volfová, spokesperson of Dopravný Podnik Bratislava (DPB) city transport company as cited by the SITA newswire.

The Christmas tram is a contribution of DPB to creation of the Advent atmosphere in Bratislava. It is actually an old tram of the Czech-Slovak production, type ČKD-Tatra T2, decorated with 27 chains of small lights, of which each is 27 metres long. As each chain contains 120 lights, there are 3,240 lights in total. 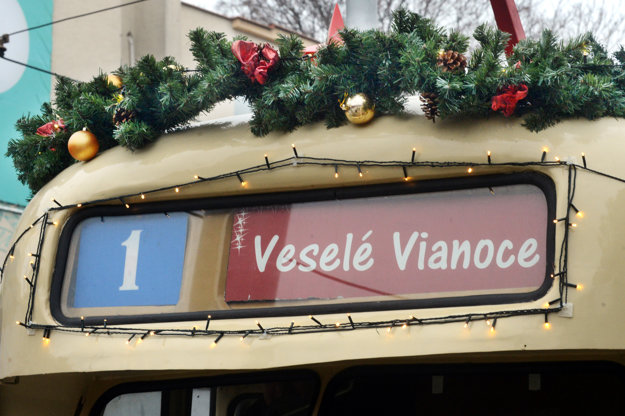 For the first time in the history of the Christmas tram in Bratislava charitable and non-profit organisations (NGO) can use the tram for presentation of their activities. It will be NGO Lepší Svet (Better World) on December 9, the League against Cancer on December 11, Mokrohájska school for disabled children on December 14, Dobrý Anjel (Good Angel) on December 16 and the Slovak Blind and Partially Sighted Union on December 17. 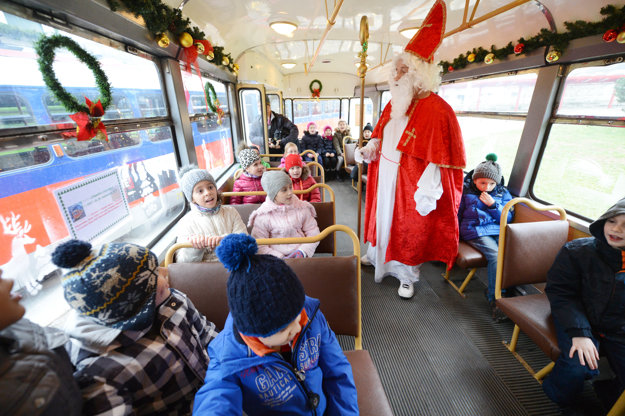 During the weekends December 12-13 and 19-20 also a vintage tram from 1958 with Christmas decorations will drive on the route. This is the last two-axle wooden tram manufactured in Czechoslovakia.

The Christmas tram will cease its operation on December 23.