Blog: On Christians and Pharisees

Taking in refugees from the Middle East certainly has legitmate concerns of security, financing, and integration. But fear mongering creates an atmosphere where rational discussion and problem solving are left behind, and Slovakia is a perfect example. 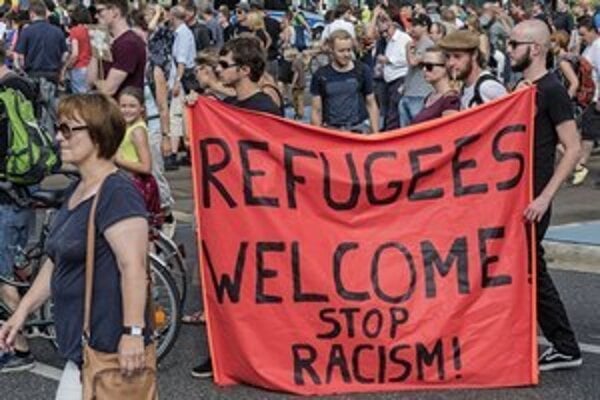 Slovakia earlier declared that it would, at least, take in Christian refugees and 25 families were chosen with the support of the Nitra diocese and civic assotiation Pokoj a Dobro. But Slovaks from villages where these people should be placed have started complaining and some volunteers have even received threats. 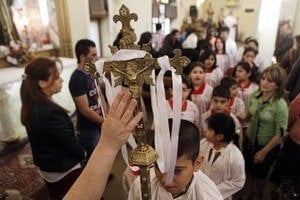 The mayors have mirrored the Prime Minister's example of pandering to fear in order for personal political gain. Instead of assauging fears, they are protesting that they have had no choice in the matter and talk of referendums and convening special sessions.

Let's look at some facts:

Much of the fear comes from equating all those who come from the Middle East with violence and extremism. One citizen, to argue against taking Christian refugees in his village, sent a list of links to the parish priest, all links of beheadings, bombings, and other acts of terrorism. There needs to be better education, so that all people from place are not lumped together with the worst of them that are on the media.

Slovaks need to be disturbed

“We have to find a mechanism which will not disturb the Slovak public but at the same time will provide protection for endangered Assyrian Christians,” Fico said during the debate, as quoted by the TASR newswire. “I will not support trafficking by those who thought that they could let accommodations for migrants for rent and will get money for three years for it. Is this volunteering?”

One of the biggest mistakes made by the government is lack of communication with and education of the local village citizens. When there are no specifics, that is when rumours fly, speculation abounds, and fear builds. And the media needs to ensure that they do not contribute by broadcasting false information.

For example, it was reported that the village of Zbehy was supposed to receive 10 families. When I spoke to the parish priest, however, he said that no such number had ever been expressed by authorities. He was asked to ask the parish for volunteers finding homes to house refugees, with no number attached. Parishioners were curious but not hostile. Those who complained are not active members in the parish. Rumour started circulating that 10 people were coming, then 10 families. Nobody had come to the village to explain anything.

And, he added, people let off steam all the time. People complain about the state of the roads, wages, Roma, etc, and the government doesn't do anything. And now, all of a sudden, the Slovak public should not be disturbed.

In order to bring calm and reason, the state needs to send a representative to each village involved and clearly express: how many refugees would come to the village and more personal information about them (for example, they are not lazy loafers but a doctor or engineer); explicit senarios of the kind of persecution these Christians are fleeing and the hardships they have undergone (to educate that not all people from the Middle East are terrorists); the process by which the refugees are vetted and processed to ensure security; and steps for integration.

If a Slovak still insists that he doesn't want even Christian refugees here, I can only sigh that he lacks empathy and humanity. If he is Christian, however, then he has become a Pharisee turning his back on his very own brother. They will cry "Lord, when did we see you hungry or thirsty or a stranger ... and did not help you?"

But the only way for evil to be victorious is for good people to do nothing. People of Slovakia, stand up. Stand up against the complainers and make your voice of welcome louder than the grumblings of selfishness. Be active - volunteer, join volunteer groups, donate, let local and federal politicians know you support bringing persecuted Christians to Slovakia.

If we have populist politicians, make inviting these Christian refugees the popular thing to do.