THE SLOVAK cabinet at its session on December 9 approved several investment stimuli for companies active in the country, amounting to several millions of euros. 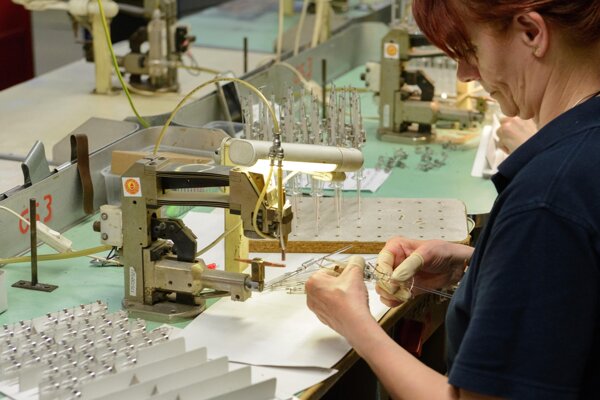 Implementation of the investment, costing some €16.73 million, is to be spread between 2015 and 2017. In addition, 100 new jobs should be created by the end of 2016. Getrag Ford Transmissions Slovakia in Kechnec focuses on the production of transmissions for motor vehicles.

The government also approved a stimulus worth for €1.23 million for Osram of Nové Zámky in the Nitra Region, to set up a shared services centre in Nitra. Implementation of the investment, costing some €10.525 million, is to be spread over three years. 205 new jobs should be created by the end of 2017. The company asked for help in the form of a contribution for the creation of new jobs as well. The shared services centre does not have any direct competitor because it is in a position of being the internal service provider for branches in Europe, the Middle East and Africa. Outsourcing of services within the framework of the project is not planned.

Osram Nové Zámky was established in 1990 with a focus on the production, development, installation, and repair of electrical sources of light, radiation and lighting devices.

On the same day, the cabinet also approved Matador Automotive Vráble’s request for an investment stimulus worth €5.59 million to expand its production focused on the pressing of aluminium alloys in Dolné Krškany in the Nitra District.

Implementation of the investment, costing some €22.36 million, is to be spread between 2015 and 2017. In addition, 176 jobs should be created by the end of 2018. The aim is to build new production facilities to expand production capacities. The new premises will include a shop for pressing and moulding of technologically more demanding aluminium alloy materials for the automobile industry. This new technology will also produce pressed car parts that are unique to models such as the Porsche Cayenne, Volkswagen Touareg and Audi Q7.