AROUND 300 schools and 5,000 teachers are set to join the protest called Babysitting Day on December 10. 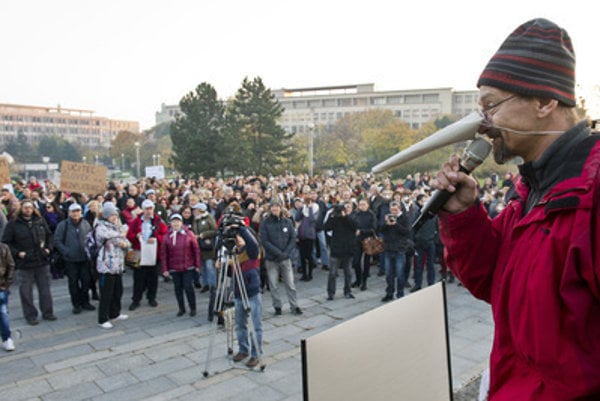 The protest will draw attention to the fact that the salaries of Slovak teachers are not evolving according to market rules and are roughly equal to what people are willing to pay for babysitting, the event organiser, the Initiative of Bratislava Teachers (IBU), informed the TASR newswire. Teachers joining the protest will not attend any sort of rally, but they will spend the entire day with students doing whatever they please.

“There will be normal classes but teachers will be playing rather than really teaching,” IBU’s Branislav Kočan said. According to teacher Jana Ftáčnik Pastorková, Slovaks are ready to pay €3-€6 per hour for babysitting, depending on regions. Meanwhile, teachers with certification and ten years of experience receive €5.04 per hour, while those with 20 years of experience and two certifications get €6.05 per hour.

Prime Minister Robert Fico stated last week that there is probably no group of public servants that has seen such a massive increase in salaries in recent years as teachers. He noted, as quoted by TASR, that the salaries of teachers have gone up by a total of 21 percent (in three tranches) plus another 4 percentage points as part of an across-the-board salary hike for state administration employees. He conceded that teachers, relatively speaking, do not earn that much, but said that they received top priority among state servants when the government was increasing salaries.

Education Minister Juraj Draxler reacted to Babysitting Day by saying that the ministry has had to manage a very difficult year with many events that take place only once in a longer period of time, like accrediting of universities and colleges or ending the previous programming period for drawing structural aid from the EU.

After this has been completed, new conceptual drafts are being prepared to launch reforms; with the ultimate goal being to make the education sector one of the true political priorities of Slovakia, including increasing teachers' salaries, Draxler said, as quoted by the SITA newswire.