THE FEAST of St Nicholas, December 6, was marked by eight out of ten adult Slovaks this year by presenting gifts to their loved ones. 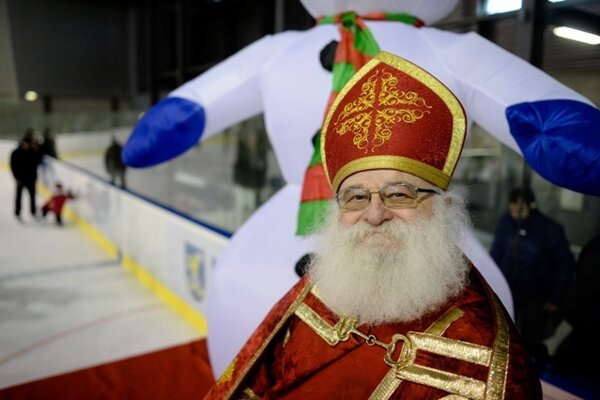 This stems from an Internet survey carried out by the Slovak National Panel on 500 respondents aged 18-65. Of those who do not observe the day, half said that they do not do so because they do not have any children, while the remaining ones said that they are against spooking children.

St Nicholas usually appears wearing bishop-like vestments, accompanied by an angel and a devil. Children who have obeyed their parents are given sweets, while those who are said to have been naughty over the past year get coal. The survey revealed that coal is actually given in 10 percent of cases. Around 20 percent of households are visited by the traditional entourage, while in other households presents are given in a different way, mainly without fanfare, the TASR newswire wrote.

A host of events were organised on the weekend of December 5-6 around Slovakia, with many of them being concentrated in cities.

In Bratislava, a joyride by the bikers’ club Red Devils was organised, as every year, on Saturday, December 5. The next day, St Nicholas and his helpers visited the Bratislava zoo in the morning, competitions and a theatre enactment of the story was offered downtown in the afternoon, while a special skating event took place starting at 17:00.

In a lake near the eastern Slovak town of Svit, members of the Tatra Winter Swimmers’ Club took a St Nicholas swim. 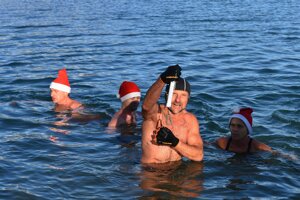 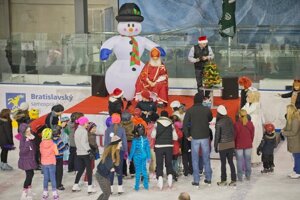 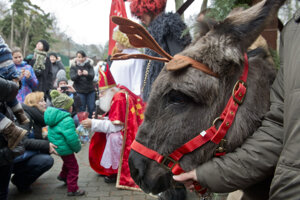