IN THE run up to the March 5 parliamentary elections the ruling Smer party has unveiled its so-called third social package with measures focused on reduction of unemployment, reconstruction of school dormitories and roads, as well as bolstered security from terrorist threats. 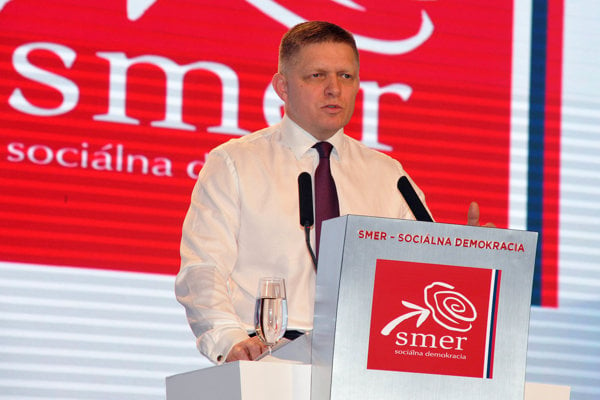 The changes would come if the party is re-elected, Prime Minister Robert Fico says.

Spending looks set to top €1 billion, more than double of the original estimate of €400 million. Though the opposition has called the plans an election tactic, Fico insists it is about sharing economic prosperity with ordinary citizens.

“The public has the right to share good economic and social results, thus we will continue in social packages for increasing standards of living in case people give us the chance,” Fico said.

The new spending is slated to begin in 2017. Smer wants to finance it from better collection of taxes, combating tax avoidance and evasion and the ESO (an acronym for the Slovak equivalent of Effective, Reliable and Open state administration) reform.

Fico recalled that his cabinet has already met all 30 measures from previous two social packages.

“We want to continue in policy that will be ... the policy of consolidation of public finances, support of the economic growth, further creation of new work places,” he said.

The third package will not affect the government’s efforts to reduce the public debt, while it should boost economic growth and employment, according to Fico. Finance Minister Peter Kažimír added that the package will not mean any additional burden for the state budget for 2016.

“This is our plan for the possible government after the general election, and it is distributed over the entire four-year term,” said Kažimír.

The funding of the package is closely linked to the success of the very first measure – creating 100,000 new jobs, noted the finance minister.

“We’re counting on a continuing surge in the domestic economy and domestic demand, with both resulting in the creation of jobs,” said Kažimír. “Higher employment means higher incomes for the state – we are talking about hundreds of millions of euros each year here.”

Economists and analysts see it as part of Smer’s campaign and point out that the government should carry out some of the proposed measures as part of its obligatory tasks. Other critics have noted that the measures target chosen groups of citizens, rather than larger structural issues. 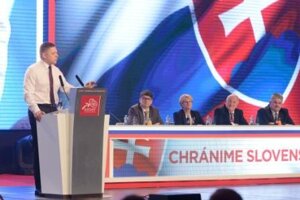 “I perceive the social package as part of the pre-election campaign of Smer,” said Radovan Ďurana, an analyst at the think tank Institute for Economic and Social Studies (INESS), as cited by the TASR newswire. “In regard to persisting ineffective handling with public expenditures and raising collection of income and payroll taxes the government might have financed measures like reconstruction of dormitories or repairs of roads already.”

Mária Valachyová, economist with Slovenská Sporiteľňa, sees the third package as differing from the previous two in that it does not contain any measures that should be implemented in the short term.

“It is rather an election programme laying out what the party intends to do if it is returned to power,” said Valachyová, as quoted by TASR. “Thus we are rather dealing with pre-election promises than elaborated measures.”

While one of the aims of the package is also to support economic growth, Valachyová points out that the economic growth is created by the private sector.

“The government can make it easier by deregulation or reduction of income and payroll tax burden,” said Valachyová. “Smer by building apartments or mending roads only re-distributes sources which the private sector had to create before.”

Measures of the third package

The first stated measure is to create 100,000 new jobs by 2020, while a particular focus will be put on creating jobs in agriculture and construction and employing those at a disadvantage, according to Smer. Labour Minister Ján Richter considers this realistic, arguing that the current government has created 135,000 jobs during its term.

Fico said the government would do so via a combination of measures focused on reduction of structural unemployment and increase of employment of school graduates, women returning to work after maternity leave, long-term unemployed or physically challenged. When costs of other measures are taken into consideration, Smer wants to spend more than €320 million on this measure.

Michal Páleník, the head of the Employment Institute, considers the promise unrealistic, arguing that to employ those disadvantaged groups of people the government would need billions and not hundreds of millions of euros.

“These are groups of people for which systemic solutions should be sought,” said Páleník, as cited by the Sme daily.

The aim of the second measure, further reduction of health-care insurance contribution by people with low salaries, is also focused on boosting employment. It should increase the group of people with reduced payroll taxes to around 780,000 people and cost €90 million.

While Ďurana perceives the reduction of payroll taxes for low earners as a good step, he pointed out that very few people utilise the existing measures. Páleník expects that this measure would have only marginal impact and only in western Slovakia, thus not in the regions with the highest unemployment rates.

Smer also wants to create conditions for local authorities to construct 5,000 rental flats that should serve as “starting flats for young people”. The costs of this measure are estimated at €90 million.

Meanwhile, teachers starting out with a low income cannot get a loan to buy their own housing and should receive flats for free, according to the Smer plan. The government would construct 2,000 rental apartments at a cost of €100 million.

“We’re returning to a Slovak tradition,” Fico said, as quoted by TASR. “The state will construct around 2,000 new flats for rent for beginning teachers at the lowest salary degree. They will only pay overhead costs.”

If Smer is in government, €50 million will be spent on reconstruction of dormitories for 10,000 students, according to the plan. It would also subsidise student accommodation costs. The total costs are set at €25 million.

Pensioners can look forward to double Christmas bonuses; currently the maximum Christmas bonus is €87. The bonus decreases as a pension increases and pensioners with pensions higher than €515 per month are not eligible. This measure should cost €50 million.

Those caring for disabled children and the elderly should see an income improvement as the plan is to add about €60 to the current monthly payment of €220. The costs of this measure rank between €30 million and €40 million.

After Smer in late 2014 introduced free rail transport for students and pensioners, a new government would seek to make bus connections to these free trains for free as well. It will cost €30 million, but free buses will be introduced only after bus and train schedules are coordinated and parallel and duplicate trains and buses are cancelled. The new train schedule will become effective as of December 13.

The final measure should concern bolstering security measures worth €100 million when the number of police officers should increase by 2,500.

The business sector does not see the third package as helpful and is calling for larger reforms.

“Finances that are allocated for the packages could rather be used for reduction of the tax burden,” said Rastislav Machunka of the Federation of Employers’ Unions (AZZZ), as cited by the Hospodárske Noviny daily, adding that this would be a flat measure that aid the economy much more than selective support for certain groups.

The business sector is also critical of the previous two packages.

“Most measures and changes in legislation that have been adopted so far worsened conditions for doing business,” said Martin Hošták, secretary of the Republic Union of Employers (RÚZ).

-Refurbishing student dormitories and contribution to students for accommodation - €75 million

-Doubling of the Christmas bonus for pensioners - €50 million

-Increase of the contribution to those caring for disabled children and the elderly by €1,000 annually - €30 to €40 million