NEARLY every move the current Smer government now makes is criticised as targeting the March parliamentary elections. There are plenty of reasons to oppose the content what Smer does, but attacking them for campaigning during a campaign is a waste of time, and an indication of why they are almost certain to win the election. 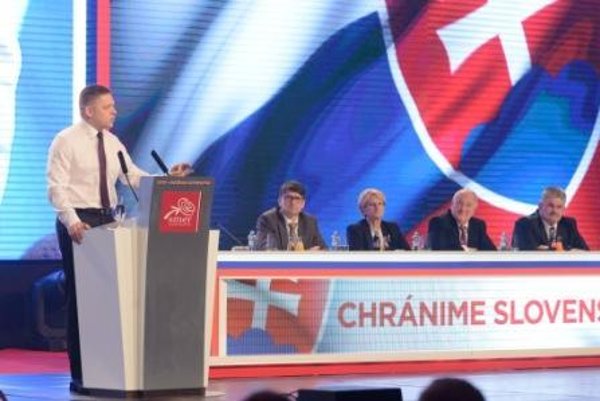 Proposing things that are popular among wide swaths of the population three months before an election is not some sinister ploy, it’s how you win votes. The latest government move to face criticism is the so-called third social package, which amounts to €1 billion in spending that will occur over a four year period, Smer says, if it is re-elected. A spending package spread over four years sounds a lot like an election platform, not a gimmick. Calling it a “social package” is nothing more than clever marketing – also something that comes in handy when trying to win an election.

Of the 10 specific measures Smer has outlined there are items that reduce health care costs for the working poor (costing €90 million); housing for school teachers (€100 million), students (€75 million) and young families (€90 million); pensioners (€50 million); and the disabled (at least €30 million). Read that list back to yourself: the poor, teachers, students, families, the elderly and the disabled. That suspiciously sounds like they are addressing the needs of a majority of the country.

Now, it is certainly true that money spent on apartments for teachers (for example) might be better utilised by spending on the education system itself – and spending on education is set to fall in next year’s budget– but it is hard to argue with the political acumen of how the proposals were presented. In calling it a third social package Smer also gives the impression of continuity with what has come before. Of course these proposals are designed for the election campaign, this is an election campaign. 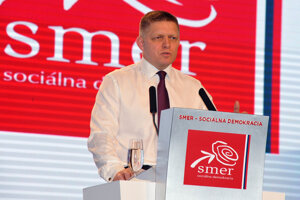 Compare Smer’s plan with the platform presented by Sieť, the country’s second most popular party, on their website. Among some of their key plans: a gradual transition to a balanced budget, building a professional government and “anchoring the material responsibility of public office holders”. If you made it through that list without falling asleep, you can also note that they pledge to boost funding for education (number nine chronologically on their list of priorities) and provide help to young families (number four).

You might also see that their programme includes nine priorities, which gives the impression they were looking for 10 but just couldn’t come up with any more. To make up for this they list a separate group of 10 “commandments” (Moses would be proud) for a “good state”. Apparently one commandment is not so important as to be paired with an actual policy.

If you want to learn the election priorities of the opposition Christian Democrats (KDH), you need to open a PDF file on their web site that is dated February 21. I thought about reading it, but it is 142 pages and as it was downloading I decided I just might as well support Smer (I heard on the radio they are going to fix the roads).

The opposition Most-Híd party has a more polished web site than KDH, but their programmatic priorities are no easier to understand. They ask you to fill out a survey so they can tell you what you are interested in knowing. Alternatively you can search for their position in specific policy categories, like the always sexy “rule of law” (Hint: They like it). Their programme contains “hundreds of specific proposals” but none so important they want to spell them out clearly during an election campaign. What is clear is that they support social solidarity, Europe (and the world), democratic principles and a “citizen’s vision” – whatever that is.

In short, even as the political opposition has had nothing else to do for the past four years – they can’t block action in parliament as Smer has an outright majority – they still look unprepared to run an election campaign. When Slovak students take to the polls in March they are asked to choose from a party talking about fixing dormitories or one saying it will balance the budget (gradually). Pensioners will pick a party that promises to boost their income or one with a citizen’s vision.

While balancing the budget certainly sounds sensible, it’s not a campaign strategy that makes sense.