Slovak GDP to grow by 3.3 percent this year

SLOVAKIA’s economy is projected to grow by 3.3 percent this year before decelerating to 3.1 percent next year and increasing moderately to 3.2 percent of GDP in 2017, the National Bank of Slovakia indicated in its latest mid-term forecast. 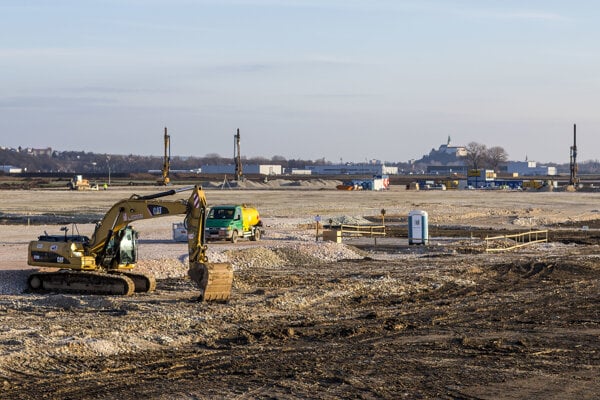 The anticipated arrival of a new car maker to Slovakia is expected to have a positive effect on GDP. (Source: Sme)
Font size:A-|A+1

The NBS thus increased its prognosis for this year’s growth by 0.1 percentage point.

“The growth of the Slovak economy in the third quarter turned out to be mildly higher than previously envisaged, which has resulted in an increase in the GDP projection for this year,”NBS Governor Jozef Makúch said as cited by the TASR newswire. “EU funds in particular are above expectations. Slovakia has attained one of the highest levels of drawing of EU funds this year.”

The economic growth is expected to be propelled mainly by increased domestic demand, and investments and public administration consumption in particular. Some deceleration is expected in 2016, however.

“In 2016, an expected slowdown in investments is also projected to play a role in the lower GDP growth,” said Makúch, adding that this is related to the completion of the second programme period ending in 2014 (but with a two-year lag due to the approval and implementation phases), which is currently marked by a temporary increase in the drawing of EU funds. A lower demand for Slovak exports should have a dampening effect on economic growth in 2017. The growth should be above 3 percent of GDP in the years to come regardless.

The anticipated arrival of a new car maker to Slovakia – Jaguar Land Rover – is expected to have a positive effect on GDP while the NBS has not included its impact into its latest prognosis as the agreement has not been signed yet.

“The arrival of a car maker initially benefits construction, with car production only to follow later,” NBS Vice Governor Ján Tóth said. “The initial effect on GDP is 0.3 percent of GDP in 2016 and 0.2 percent in 2017.”