IT was not an ordinary day at school for Juraj Smatana, teacher and activist known for his entertaining approach, as he was lecturing while wearing an apron and holding a diaper so that he looked like a babysitter. 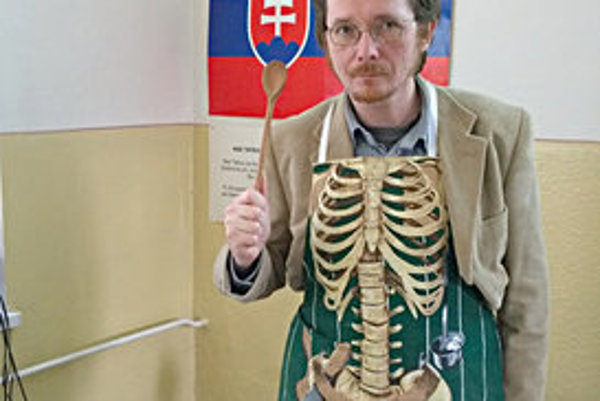 Smatana joined the ‘Babysitting Day’ protest in which around 500 kindergartens, elementary and second-level schools across the country participated on December 10, according to current data by the Bratislava Teachers’ Initiative (IBU), which organised the event to highlight the low level of teachers' salaries.

Teachers participating in the event were focused on taking care of children rather than educating them. They played with the kids, and every teacher was be able to adjust his or her plans accordingly.

“There will be normal classes but teachers will be playing rather than really teaching,” IBU’s Branislav Kočan said before the event, as quoted by the TASR newswire. 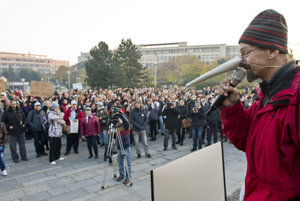 The aim of the event was to point out that Slovak teachers’ salaries do not observe market rules and are at the same level as the sums people are willing to pay for babysitting.

A total of 40.9 percent of the teachers involved work at primary schools, with those from secondary schools making up 19.8 percent. The rest are from primary artistic schools or special education facilities.

Apart from Babysitting Day, the teachers have also organised supplementary events. One of these will be a 'Empty Pockets Meeting' taking place in Banska Bystrica.

Smatana pointed out that the worst result of the underfed education sector is not the low salaries of teachers.

“Practically the whole elite and the most promising group of the younger generation leave to study at foreign schools and stay there,” Smatana told TASR.