Lev used to be the lord of Levice

THE TOWN of Levice is the centre of the Tekov area; and the centre of this town has always been a lev (meaning lion in Slovak). The inn built in the mid 19th century was called the Proud ‘Lev’. One part – but luckily not the flagship – of the inn was the so-called Drunkards’ Pub for regulars who tended to come for cheap, low-quality booze. 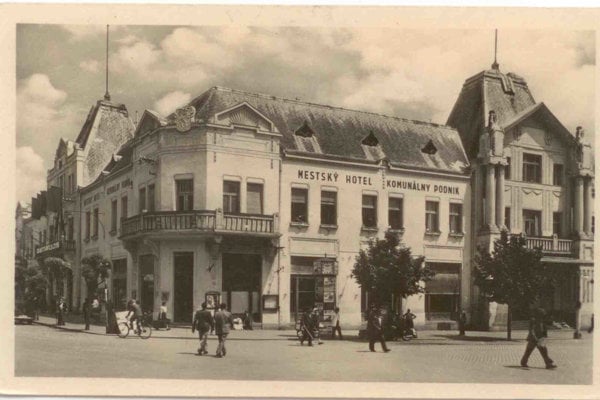 The Levb Hotel in Levice (Source: Courtesy of B. Chovan)
Font size:A-|A+2

To balance the drunken image of the Lion, one has to mention the only theatre stage in the city, which was located in this inn. In 1879, however, it caught on fire and the roof was demolished – but this did not discourage visitors from attending performances. Even on rainy days, they were willing to watch performances from under umbrellas. The inn’s history ended in 1907 when it was torn down.

In its place, a town hotel was erected which dominated Levice – not only due to its name. Built in 1909-1910, according to a project of Budapest architects József Vas and Nándor Morbitzer, it became a point of pride for Levice as luxury hotel offering good-quality services. Inhabitants truly esteemed their hotel, and insisted that, for example, ice cream sold outside on the terrace “had no equal even in Pest” – which was really something, as hardly anything could then compete with the much admired and praised city of Pest.

Let us briefly list what the hotel had to offer: tidiness – which was not so self-evident then – dextrous waiters, good Pilsen beer, live music every evening, comfortable accommodation, its own transport of guests, restaurant, and a café with a card-playing room. And we shall not forget a taxi stand just next to the hotel – allegedly the largest in Slovakia between the two world wars.

In this postcard, we can see the hotel building in the first years after World War II when it was already losing elegance. The name tells it all: instead of the Proud Lion, it was just called the Town Hotel – a municipal enterprise.