THE MUCH awaited ethical code of judges, after one year of preparations, is too vague to bring about a real change, the Sme daily wrote on December 14. 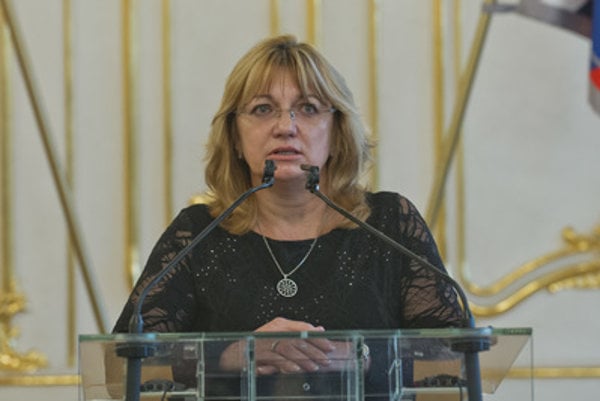 “A judge is supposed to avoid unbecoming behaviour or behaviour making an unbecoming impression. He/she may not abuse his/her prestige and he/she shall do the job impartially or consistently”, the ethical code states. However, it does not solve specific situations like a judge playing golf with the lawyer whose case he/she is to decide, or attending questionable parties.

Chairwoman of the Judicial Council Jana Bajánková is satisfied with the proposed code which is to be approved this week by the council. The final version of the code is only half as long as the original versions (a mere eight pages) and experts opine it is just as vague, short and non-specific.

“Compared to international recommendations and principles of judges’ ethics in other countries, we consider the draft insufficient from both the point of content and form,“ lawyer Zuzana Čaputová who cooperates with the Via Iuris association focused on the development of judiciary, told Sme. She added that the core problem of the draft is that it is too vague, and the ethical rules are only general and not clearly defined.

Via Iuris is preparing a summary of comments to be sent to the Judicial Council which shall meet on December 17.

The draft has been prepared by a working group led by the Supreme Court justice Elena Berthotyová who, however, is dissatisfied with the final version, complaining it was adopted by the group in her absence. Thus, she elaborated a second, more detailed code which was sent for comments, but rather as a private initiative of her than that of the whole group.

Čaputová deems the ethical code especially important, as it may send a message to the public – lacking trust towards the judiciary – that values that should be crucial for Slovak judiciary should be accepted by the individual judges.