The Press Council responds to the complaint by dailies Denník N and Sme. 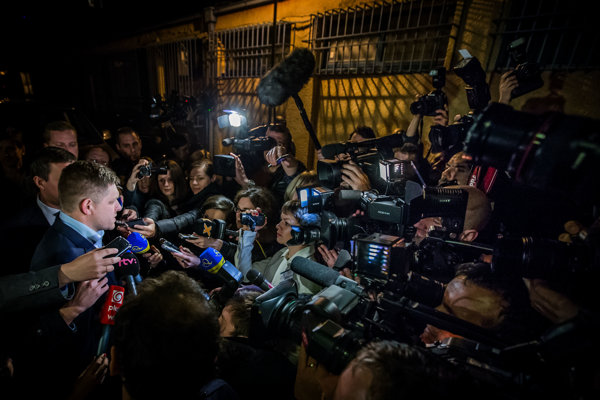 The Press Council has ruled that the Cabinet Office has violated freedom of press by limiting access of journalists to information and voiced serious concern over the office’s course of action. In April, dailies Denník N and Sme filed a joint complaint with the Press Council where they wrote that Prime Minister Robert Fico or the Cabinet Office has refused to provide information to journalists of these dailies, the TASR newswire wrote. The Cabinet Office responded to the council’s ruling that such an outcome could have been expected as the Press Council is created by nominees of publishers of periodic press. Nevertheless it believes that the council’s conclusion is impugnable. It insists that when communicating with media it proceeds in line with the valid legislation.

“The Press Council has inquired about the complaint, asked editors-in-chief of the dailies to specify it, i.e. what questions the PM’s office did not answer and afterwards it asked for a response from the press and information department of the cabinet,” Oľga Janíková, secretary of the Press Council wrote in a stance sent to TASR.

“Under such a situation it is unequivocal that not providing answers to these questions limited free access of a journalist to information with the objective of their further spreading to the public,” the council’s stance reads.

The Press Council also dealt with the question of whether the Cabinet Office’s course of action is pleadable, by reasons due to which it refused to provide the information.

The Cabinet Office explained that in the past journalists of Denník N (at that time working for Sme) or the editorial of Sme “published apparently incorrect statements about the prime minister and in spite of this they refused to publish the proposed correction”.

According to the Cabinet Office, because these journalists “informed about the work of the cabinet in a tendentious way, it does not see a sense in a further communication with Denník N. It has not been communicating with Sme either”. It will not change its mind until Sme apologises to Fico.

The Press Council believes that as in this case the reason for not providing information should have been the previous behaviour of the journalist, who published in a periodical information that was not correct or violated the prime minister and the periodical refused to publish its correction.

“In this case under any circumstances the faithfulness of the intention of the journalist to require and use information from the Cabinet Office for informing the public has not been doubted,” the council wrote. “In such a situation the course of the Cabinet Office, that subordinates other reasons above the interest of the public to receive information via media does not stand up.”

The Cabinet Office also voiced concern that the Press Council has not taken a stance regarding the violation of laws from the side of Denník N and Sme when they have not published apparently incorrect articles.