Nomination of hate-monger for parliament is another glowing entry on a long list of unbelievable Slovak moments. 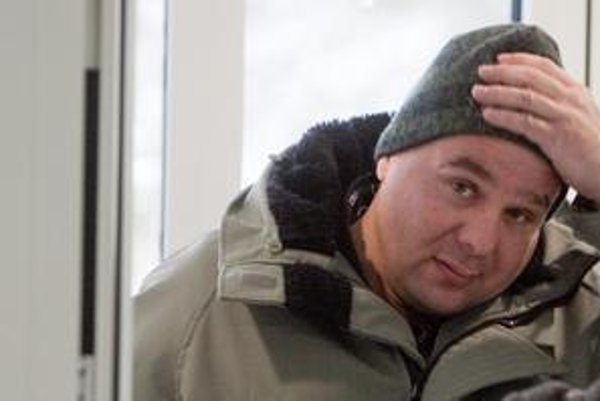 There are many moments in this country where you stop and wonder how long people are going to put up with what goes on here. We all have our pet peeves: right now I’m looking at a photograph of former SDKÚ MP Pavol Kubovič merrily drinking wine with “persons of interest” Jozef Surovčík and Ľubomír Kudlička. On the other side of my desk is the Gorilla file, and in my drawer a transcript of Lexa-era SIS people orchestrating the 1998 takeover of TV Markíza. Let’s be honest, life in Slovakia can feel like an unending series of face-palms.

Friday’s grimace was occasioned by the release of the 2016 parliamentary election candidates list of Marián Kotleba’s far-right Naše Slovensko party, which is proposing an open fascist and hate-monger for legislative office. Rastislav Rogel, number 44 in Kotleba’s line-up, is coyly described by the party as “a restaurant manager”. That he may well be, but Rogel is actually better known for less honorable pursuits – for starters, as the frontman of neo-nazi groups Krátky Proces (Quick Trial) and Juden Mord (Death to Jews), whose only album, entitled (you guessed it!) Arbeit macht frei, contained such tender ballads as Svindelkaust and Cigánsky problem (the Gypsy problem).

“They lie today and lie always, they will lie forever, but we know the truth, we will not give up the fight, but we don’t believe you, you Jewish maggots,” sings the would-be MP. “How many of you did we burn, one million or six, where is the truth, we will not be deceived. Jews rule the world, you lie again you dog – you will wind up in the furnace too.”

Never mind, for the moment, the question of how such a repulsive insect could have been nominated for political office: Let’s begin with why he has not yet been incarcerated for inciting racial hatred and intolerance. There was apparently only one court case, in which he was charged with bursting into a Bratislava bar in 2008, declaring his sympathy for fascism, and attacking the patrons; but he was eventually cleared of all charges after the witnesses suffered memory loss. “I know him well, he is a civilised fellow,” said his lawyer, Ladislav Kuruc (shame on you, Dr. Kuruc).

Memories do indeed fade, but luckily we still have the man’s art: “Let’s do it together and not waste time on that shit! Let’s heat up the ovens so only smoke remains!” We also have Rogel himself, immortalised in an episode of a Slovak prime-time TV soap, Ordinácia v ružovej záhrade, wearing a black T-shirt with the logo “eighty eight” – fascist shorthand for Adolf Hitler (TV Markíza was not the only station to showcase Rogel’s talents; TV JOJ also hired him for a role in their evening soap, Panelák).

But let’s return to our sheep, as the French say. What have the police been waiting for all these years? Why has Rogel been promoted by two of Slovakia’s most successful commercial TV stations? And how, again, did Kotleba win the governorship of Banská Bystrica region?

That’s enough face-palming for one day. Living in Slovakia, we need to save our strength.