Every Roma woman is mentally abused

EVERY second Roma woman is subjected to physical violence in her relationships and every Roma woman has suffered some form of mental abuse from her partner. 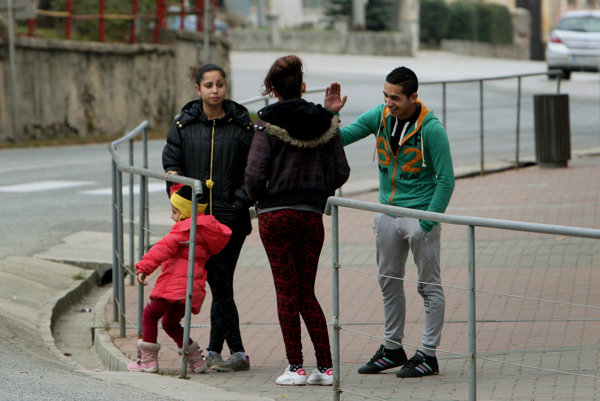 This stems from a survey carried out by civic association Quo Vadis in 2013-2015 as part of the project When Traditions Hurt on 202 respondents living in 51 marginalised Roma communities in Banská Bystrica Region, the TASR newswire reported.

Quo Vadis has been engaged in continuous work with Roma women since 2010 and it has studied their standing in society. Two years ago, Quo Vadis discovered that the worst impact of gender stereotypes in Roma communities comes in a form of violence perpetrated against females. One woman in five is a victim of physical abuse in a relationship among the majority society, with Roma women the ratio is one woman in two. What is more, every single woman in the marginalised Roma community suffered some form of mental abuse, according to the survey.

“This is a great memento for the state and Slovak government to start perceiving violence committed against women as a society-wide problem that needs to be addressed, not only in Roma communities but in society as a whole,” said Quo Vadis chair Ingrid Kosová, as quoted by TASR. “Females in marginalised Roma communities experience a great deal of fear, even in regular, completely ordinary life situations. Without help from outside, their odds of changing this are next to none.”

Roma women are economically dependent upon their partners or spouses; the poorer the community, the greater the dependence, Kosová added.

“Even among Roma, there are emancipated women,” she continued. “However, it is not common for Roma women or girls to be allowed to choose their education or profession freely. The power is distributed among men and women in a fashion different than with the majority society. In light of the fact that mothers are imprisoned at home with their children, they are absolutely dependent on their partners. They can’t even leave such a relationship because they have no place to go and no means to subsist on.”

The project When Traditions Hurt was financed by the 2009-14 EEA Financial Mechanism administered by the Open Society Foundation and the Ministry of Labour, Social Affairs and Family subsidy for gender equality by €56,000 and €12,123, respectively, TASR wrote.