THE RECONSTRUCTION of Old Bridge in Bratislava has been finally wrapped up after two years of complicated work. 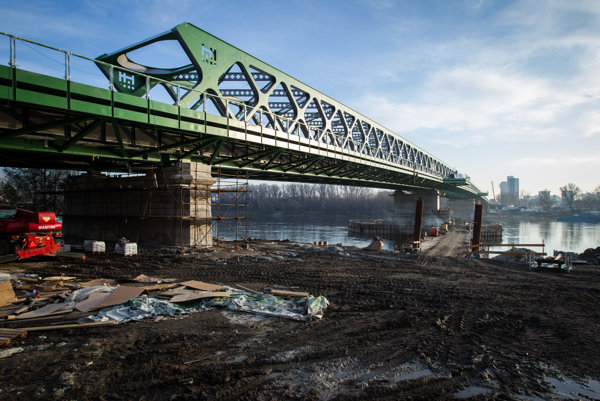 The construction works will however continue, as some details still have to be finished.

“I’m happy to announce to the people in Bratislava that the promise has been kept,” Bratislava Mayor Ivo Nesrovnal told the press on December 15, as quoted by the TASR newswire. “The bridge has been finished properly, on time and for the contracted price – even though few people had believed it.” 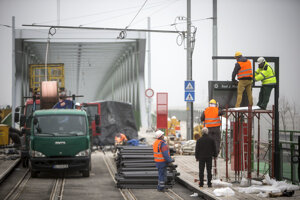 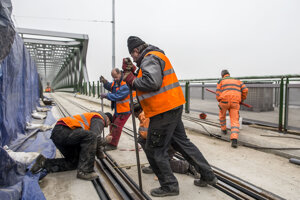 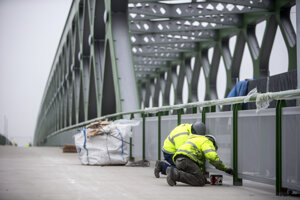 When he was assuming office last year, the reconstruction work was three months behind schedule and a financial collapse of the Bratislava city was looming large, Nesrovnal continued.

“So, we went for a tough regime in order to see the work completed, with constant supervision, a new work schedule and daily cooperation with the constructor,” the mayor added, as quoted by TASR. “The result is a new Old Bridge and a return of trams to Petržalka after 54 years.”

However, he failed to say when the latter will happen, as reported by the Sme daily.

The whole reconstruction project costs nearly €59 million excluding VAT, of which 85 percent is financed from the European Union funds, 10 percent from the state budget, and 5 percent from the city budget. In order to receive the EU money, it is necessary to complete the bridge and invoice the works by the end of this year, according to Sme.

Though some details are yet set to be finished, which means that the works will continue also in January, this will not affect the funding in any way, Nesrovnal said. 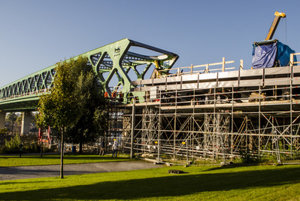 The mayor told TASR that the city wants to see the process of approval for the pedestrian walkway of the bridge to be completed first.

“We’ve carried out an extraordinarily difficult project, we had to deal with a number of problems, but we’ve reached the end today,” said Róbert Šinály, head of the construction company Eurovia SK, as quoted by TASR.

He added that by midnight December 15 they would finish the installation of tram rails, crash barriers and bannisters, connect the lighting, place public transport ticket machines on Šafárikovo Square, finish the entrance point to the bridge, and make some cosmetic adjustments.

“This finish is something unheard of – in order to meet our contractual commitments and to allow the city to have the project paid from EU funds,” Šinály added, as quoted by TASR.