THE FOREIGN and European Affairs Ministry along with mobile phone operators Slovak Telekom, Orange Slovakia, O2 Slovakia and SWAN announced at a press conference on December 16 that they will launch a new emergency text message service for Slovaks abroad from January 1. 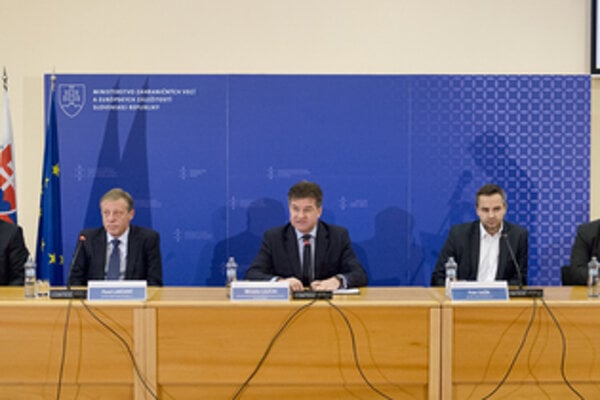 Foreign Affairs Minister Miroslav Lajčák announced that at a time when the risk of danger for Slovak citizens abroad is increasing – whether this concerns natural disasters or terrorist attacks – it is important to warn people in the location concerned.

An emergency SMS service is the response to this concern. The ministry will formulate the text, and the Slovak operators will send it. In order for it to work, Slovaks abroad will have to have a roaming service, a Slovak SIM card and their phones switched on.

Lajčák expressed the hope that the service will be used as little as possible, as it is exclusively for emergency cases. “I hope, however, that it will help to increase feelings of comfort and safety among our citizens,” he added.

The ministry had previously introduced a mobile phone application that provides citizens abroad with practical information, a welcoming SMS and registration form. The emergency SMS, however, will only concern people located in zones affected by dangers such as earthquakes, floods and terrorist attacks.

The ministry will find out what the situation is and will provide a text, which the operators will not tamper with, Orange Slovakia CEO Pavol Lančarič said, as quoted by the TASR newswire. “As soon as we get information about a problem in the country concerned, we’ll select people that are logged into that country’s networks and send a message to all of them,” he said.

This addresses a key problem, minister said. “Every time a crisis situation emerges, we need to check how many of our citizens are affected,” according to Lajčák. “Meanwhile, the operators know how many clients are logged into the roaming service of their partners abroad. We’ll be relieved of the work of finding out how many of our people there are, and we’ll be able to contact them directly and quickly.”