The increasing number of business service centres (BSCs) in Slovakia aim to become centres of excellence turning their focus from providing services to research and development. This trend however creates challenges in seeking more qualified workers. 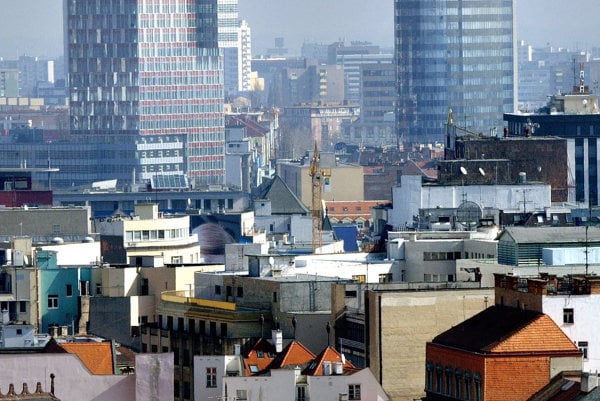 “The potential of Slovakia in [research] sector is still not fully discovered,” AT&T Global Network Services Slovakia General Manager Gabriel Galgóci told The Slovak Spectator. “For such improvement, however, some changes in intellectual property protection on the national and EU level should be made.”

​An American Chamber of Commerce (AmCham) survey found that 19 BSCs joined in the Business Service Center Forum (BSCF) contributed €65 million in employee income taxes and €191 million in form of social security in 2014. Their salaries totalled €398 million in 2014 while the average monthly salary reached €1,660 in 2013. Total number of full-time employed people in those BSCs was 23,000. AmCham Slovakia surveyed 19 BSCs in early 2015 and the numbers look to be holding steady.

When additional firms which are not members of the forum are counted, the actual number of employees could reach 30,000, the Trend economic weekly wrote.

Several BSCs were announced or extended in 2015. For example, the Dutch ING Bank announced in February 2015 that it will open a BSC in Slovakia which will be responsible for all 40 countries in which ING operates. It should employ 300 people. 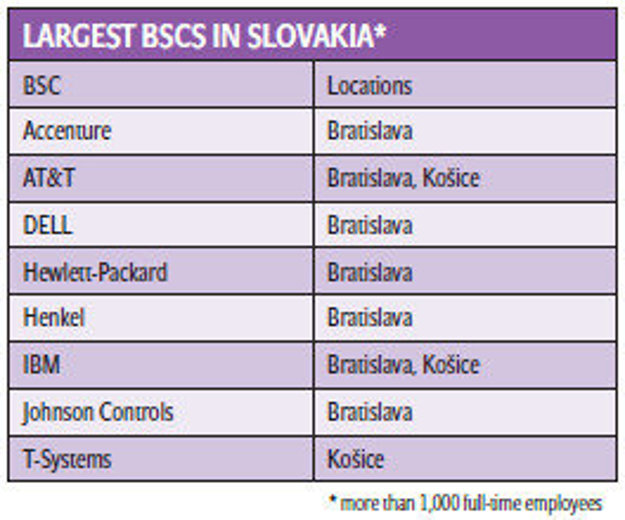 The Brazilian company Embraco wants to open a new BSC in the eastern Slovak city of Košice which is 80-kilometres away from company’s plant in Spišská Nová Ves. The noted international compressor company will employ 150 people there.

“Embraco established itself in Slovakia and achieves great results in research and development along with having beneficial portfolio of produced compressors,” Embraco spokeswoman Gabriela Vlková told The Slovak Spectator.

Lighting manufacturer Osram, based in Nové Zámky, will create at least 200 jobs in the Nitra Region by 2018 at a new BSC for EMEA region, the Hospodárske Noviny daily reported in April 2015. 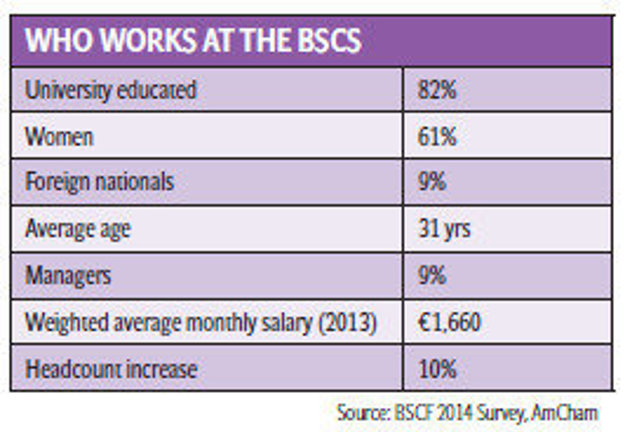 e Director Michael Petersen told Hospodárske Noviny in June 2015. The company is expanding and plans to move to a new building called Panorama Business Center in Bratislava, which is under construction.

Johnson Controls launched a global joint venture for automotive interiors with China’s Yanfeng Automotive Trim Systems in July 2015 which could also move to the building, the Sme daily reported.

“I am here [in Johnson Controls Bratislava Business Centre] since the beginning in 2007 and if you asked me then if I believe in such growth I would have definitely said no,” Petersen told the daily. “This is a success story.”

“Slovakia with its geographical location allows it to serve customers all around the world,” Galgóci said.

When comparing Slovakia with countries like Poland, Bulgaria or Romania, it seems that Slovakia reached its growth limits despite the expanding BSCs, according to Monika Smižanská, director of assurance at PwC in Slovakia.

“This year we noticed a new trend in centres – complete or partial ending of activities in Slovakia and their transfer to lower-cost countries,” Smižanská told The Slovak Spectator. “However, it applies mainly to lower sophisticated transaction activities.”

On the other hand, one of the main trends in Slovak SSCs is that companies started to focus more on increasing quality rather than cutting expenses, she added.

Around 90 percent of centres in Slovakia are in their expansion period with ambition to move to the third stage which leads them into becoming part of the strategic management of corporations, according to Smižanská referring to a 2014 PwC study.

“Slovakia surely has potential to be space for centres of excellence providing services with the highest added value,” Smižanská said.

While BSCs are moving from transactional tasks and services toward more value-added services the labour market is getting tighter in Slovakia. That means there is automatically a higher need for more experienced and better-educated employees, according to Nima Motazed, the head of Swiss Re Business Services Slovakia.

“We do not feel that the BSCs are stealing employees from each other but the market is becoming more competitive,” Motazed told The Slovak Spectator. “Only those BSCs which are able to deliver a better value proposition to their employees will succeed.”

In order to increase skill of potential employees, centres intensively cooperate with high schools, colleges and universities with the aim to bring experiences from business to the education process, according to Galgóci.

One of the main problems of Slovak BSCs is their high fluctuation of people, Trend wrote in September 2015, pointing to personnel agencies which say that generally BSC employees remain in one position for two or three years.

The most visited private job portal Profesia.sk had about 9,000 free job positions in BSCs in the first eight months of 2015. Fluctuation in Slovak centres totals about 14 percent of workers per year while centres in neighbouring countries face 17-percent fluctuation, according to Smižanská.

“Moving from support centres toward centres of excellence requires a change in recruiting and required profiles,” Motazed said. “That is also the reason why we reviewed our recruitment strategy completely this year … to become a more mature organisation.” 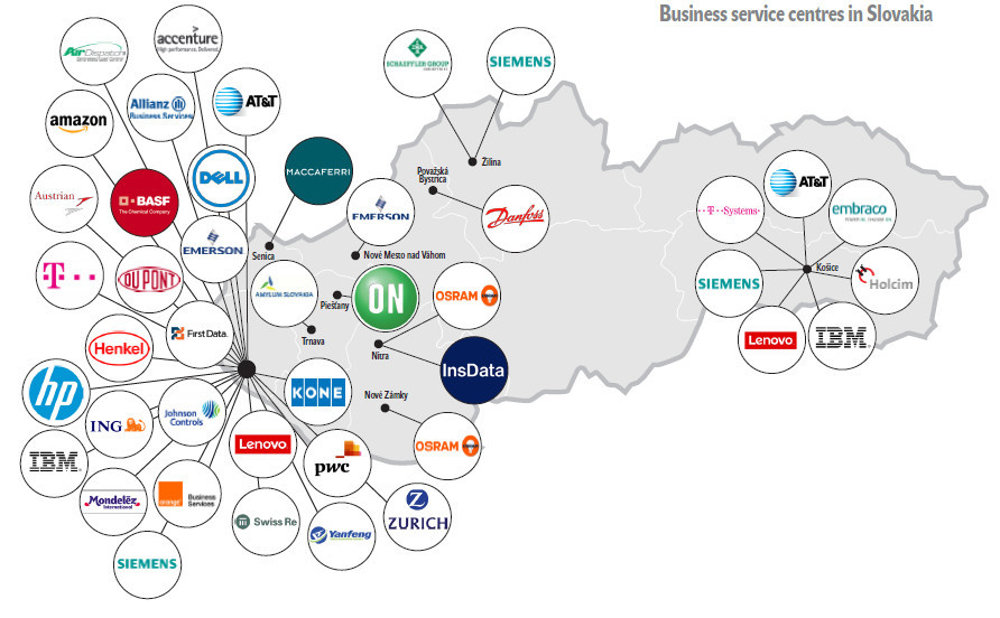