Slovakia has some examples of firms continuing the tradition 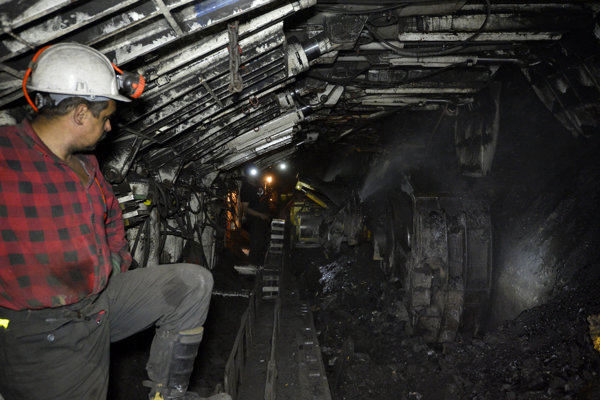 Though some companies that were among the biggest employers in Slovakia before 1989 were either closed down or privatised after the revolution, some examples exist where traditional brands were replaced by foreign investors who carried on production and utilised the potential of the available labour force.

Some regions, however, did not have such luck. Though there are employers who may maintain the traditional industries developed in the area, the regions struggle with insufficient infrastructure, uneducated labour force, and lack of job opportunities.

The government has recently come forth with a plan to help the least-developed areas. The condition for getting the aid, however, will be to have an unemployment rate amounting at least to 1.9 times higher than the national average over at least nine of the 12 past quarters.

Currently there are four districts that may meet this requirement: Rimavská Sobota, Revúca, Kežmarok, and Rožňava where it exceeds 22 percent.

“We have already seen similar changes in the history of investment aid,” Martin Vlachynský, analyst with the Institute of Economic and Social Studies (INESS) think tank, told The Slovak Spectator in August. “But the positive effect on the least-developed districts has been minimal so far.” He does not expect the new proposal to make any difference.

Though present-day Slovakia is considered to be one of the leading countries in the automotive sector, it has not always been so. The Slovak economy after World War II was also predominantly focused on the armament industry. In order to decrease its dependence on this sector, the Bratislavské Automobilové Závody (BAZ) was established in 1971. It was an important step for establishing car production in the country, the Aktuality.sk website wrote.

The positive development, however, was strangled after 1989. The only foreign investor interested in BAZ was German carmaker Volkswagen, which finally won the competition and merged with the Slovak firm in 1991, Aktuality.sk wrote.

Another example of successful continuation in the traditional industry in the region is the U.S. Steel plant in Košice. The history of making steel in Košice dates back to the late 1950s, when the decision was made to build a new steel mill on a greenfield site as part of the country’s industrialisation under communism. After the fall of the communist regime in 1989, the government, which by then was under prime minister Vladimír Mečiar, privatised the profitable Východoslovenské Železiarne (VSŽ). Alexander Rezeš, a minister in Mečiar’s 1994-98 government, and his family gradually took over the management of the company. The company’s privatisation was completed in 1995.

In November 1998, VSŽ management led by Július Rezeš admitted that the company was facing a serious financial crisis. Then-management stepped down and was replaced by a new one, which had to prepare the restructuring of the firm and prepare it for sale. The company was taken over by U.S. Steel in 2000, which started a new phase in the history of the steel mill. The company is now the biggest employer in eastern Slovakia.

Other examples of successful takeovers include Mondi SCP in Ružomberok, which continues in the activities of Ružomberské Celulózky a Papierne, or numerous companies in the Považie region focused on the machinery industry.

Most of the unemployed in the district have only basic education or lack any education at all (52 percent), while the least unemployed are those with university education (3 percent). About 15 percent of the jobless have complete secondary vocational education, Lívia Koóšová from the labour office in Rimavská Sobota said.

“In the past our district belonged to those with developed agriculture and the food industry, but there also were the companies focused on machinery production,” Koóšová told The Slovak Spectator. After 1989 only few companies remained in the region, which negatively impacted the number of jobless, she added.

The unemployment rate in Revúca district (Banská Bystrica Region) amounted to 24.53 percent in the end of September. More than 50 percent of the jobseekers have only a basic education or do not have any education, while about 30 percent of jobseekers have secondary vocational education or complete secondary vocational education, according to Ľubica Gallová from the Revúca labour office.

She pointed to several problems in the labour market, like the high number of long-term unemployed, people with low qualification and also numerous people from marginalised communities who have lost their working habits.

“The labour market is not flexible, does not adequately respond to the changes in society, while the flexibility is missing on both the supply and demand side,” Gallová added. 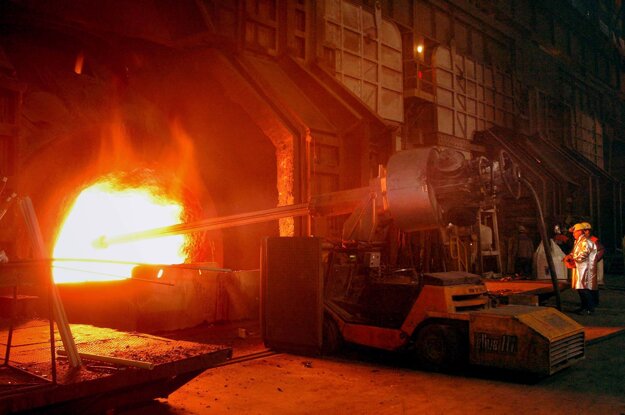 One of the factors that impact the high jobless rate in the district is that 66 percent of jobseekers have never worked before, so they do not have any working habits. There is also a lack of offers for low-qualified people, Alena Krajčová from the Kežmarok labour office told The Slovak Spectator.

The district belonged among important mining areas in the past, but these activities were subdued between 1990 and 2008.

“During this period many miners, mining adjusters and service staff have been registered with the labour offices,” Eva Švantnerová of the Rožňava labour office told The Slovak Spectator, adding that this resulted in a drop of purchasing power and lower need of services.

The departures of big companies from regions cause problems also now. Most recently, Japanese company Panasonic, which announced that it was closing its plant in Krompachy (Košice Region) in October 2014, left more than 650 people jobless. In March 2015 the company SEWS Slovakia, employing about 460 people, informed about closing its plant in Topoľčany (Nitra Region).

The government has introduced its own idea of how to help the least-developed districts in Slovakia, with tailor-made five-year action plans. They will, among other things, contain an analysis of the district’s economic situation and the reasons for its poor state of affairs, an evaluation of development potential, a proposal with specific measures and the schedule for their implementation, financing, and how to evaluate achieved progress, said Transport Ministry spokesman Peter Zeman.

The action plans will be scrutinised by the newly-created Council for the Development of Regions, whose composition will change depending on the districts asking for help, officials say. After it develops the plan the ministry will submit it for the government’s approval, the TASR newswire reported.

The districts will then receive aid in two forms. First is technical aid, which means the handing down of knowledge, experience and specific know-how, which should enhance the administrative capacities of municipalities and other local institutions. The second form, the regional contribution, will be allocated from the state budget and will be provided based on the action plan, Zeman said.

The proposal also contains provisions that amend the law on investment aid. Under the proposed rules, if businesses want to invest in the industrial or tourism sector in the least-developed districts, the minimum amount they will have to invest will be €200,000 and 50 percent must to be covered by the investor’s capital. Moreover, the state will contribute 70 percent of the amount invested into purchasing new machinery, with the investor paying only 30 percent of the sum, TASR wrote.

The action plans should be financed mostly from the existing ministry programmes and EU funds, TASR wrote.

The parliament adopted the new rules on November 11. They will come into force as of December 1, 2015.

In the case of Rimavská Sobota, employees these days are mostly in public administration, education and health sectors. Among the most important employers in the district is company Yura Eltec Corporation, focusing on production of cable bundles. When talking about ways to attract investors, Koóšová mentions the construction of infrastructure which many big employers consider inappropriate.

“Regarding the educational structure

of the jobseekers, it would be good if there was an employer whose requirements would be met by people with basic education,” she added.

In Revúca, the most important employers are companies active in the mining and machinery industry. When it comes to the employment potential of jobseekers, Gallová says that it would be good for them to find work where no specific specialisation is required.

Most companies that were active in the region remained also after the Velvet Revolution, though they operate in a different way, under a different name and with fewer people. What they, however, lack are bigger construction companies, she added.

As for Kežmarok, most people used to work in agriculture in the past, which was characteristic for the whole district. However, this is no longer true. Employers in this sector could not ask for the money to create new jobs, but this has meanwhile changed, Krajčová said.

Regarding Rožňava, the district is typical of the mining industry, which currently focuses on mining talc. As for the potential for the unemployed to find work, Švantnerová says that it would be good to offer them jobs like operators in manufacturing, where they could receive some training.