Membership in ESA brings more opportunities for scientists and developers. 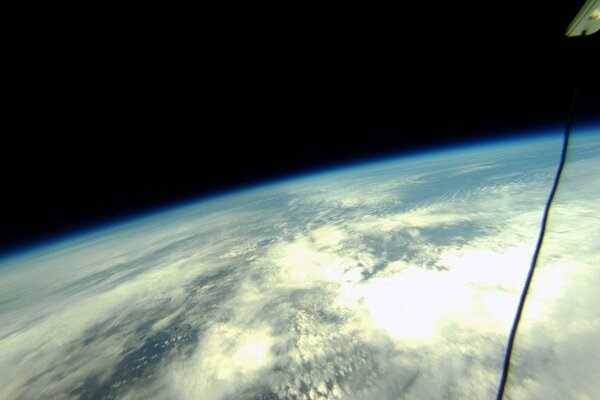 Space research has a long tradition in Slovakia going back to when Slovak scientists and engineers participated in the Soviet space programme. And while Slovakia has continued to be involved in space research via the Slovak Academy of Sciences (SAV) and universities, recent membership in the European Space Agency (ESA) has opened new opportunities for researchers and developers.

“We have become a member of an exclusive club,” Education Minister Juraj Draxler said after signing the European Cooperating State Agreement with ESA in February, 2015, as cited by the SITA newswire.

In becoming an ESA member Slovakia has obtained access to strategic information and know-how in cosmic activities and developing satellite services. Chances for Slovak entrepreneurs have also increased.

“ESA coordinates a joint space programme in its whole extent - from construction of space ships, via training of astronauts up to construction of satellites,” Education Ministry spokeswoman Beáta Dupaľová Ksenzsighová told The Slovak Spectator.

The agreement strengthens Slovakia’s relations with the ESA while several potential projects were identified in space weather, adoption of the use of satellite data in GIS, validation of earth observation satellite data, multi-path propagation of GNSS signals, improved estimation of the reliability and lifetime of electronic circuits, use of new pulp-based materials for space applications, adaptation of mechanism devices to space use and exploration of the use of Google Earth man/machine interface in space, as well as generic IT activities.

Alexander Kutka from the Slovak Organisation for Space Activities (SOSA), a non-profit organisation supporting and popularising space research in Slovakia, sees the opportunity for Slovak companies, organisations, and universities to join ESA programmes and projects as the primary benefit of ESA membership. It also opened door for students to a wide scope of educational programmes and internships and later also to jobs in ESA technological centres, he said.

Whereas each member state contributes to the ESA budget, in return it gets access to funding for projects. In 2015 Slovakia is expected to contribute €1.35 million while the contributions should increase during following years. Moreover, the Education Ministry is going to allocate €7.25 million to finance Slovak space projects under the ESA during next five years.

SOSA notes this is the first time in history Slovakia has a budget dedicated to space activities in an international context.

“We hope that also a national grant programme dedicated to space technologies will be gradually launched,” Kutka said.

Slovakia has been actively involved in space physics research and had two cosmonauts, the Czechoslovak Vladimír Remek (who flew in space in 1978) and Slovak citizen Ivan Bella, who spent nine days on board the Mir space station in 1999.

Kutka of SOSA recalls participation of Slovak researchers and developers in the Soviet space programme Interkosmos as well as in development of a series of the Czech-Slovak satellites called MAGION.

“Most western European countries are more advanced in space research especially due to long years of ESA membership,” said Kutka. “Our neighbours from the Visegrad Group [the Czech Republic, Hungary and Poland] have already established relations with this agency and thus participate in the joint European space programme.”

For the time being it is the SAV, universities and private companies that participate in international space programmes including those of ESA - including Rosetta, BepiColobo, IMPRESS, and Radioastron. The first Slovak satellite, called skCube, a CubeSat-type satellite dedicated to space research and technology, is under development.

Furthermore, the Faculty of Mathematics, Physics and Informatics of the Comenius University in Bratislava has studied processes caused by cosmic radiation in meteorites and the Institute of Experimental Physics at the SAV has designed and constructed space hardware for dozens of scientific probes and has conducted space weather research.

Besides that, pre-graduates and post-graduates within the Czech and Slovak cross-border cooperation have developed stratospheric probes called JULO under the project skBALLON. A group of students recently sent a probe JULO X to explore meteor shower of Perseids in August 2015, according to the TASR newswire.

Additionally the Bratislava-based company QProducts has manufactured precise mechanical parts for the ESA in cooperation with the Institute of Experimental Physics and has also cooperated in development of a mass spectrometer PICAM for interplanetary mission BepiColombo to Mercury that will set off in 2017.

František György from QProducts considers participation in ESA projects as an inspirational opportunity to understand the demands placed on space research.

“In contrast to the commercial sphere where it is essential to bring a product to the market in the shortest time possible, space projects are prepared several decades ahead,” György told The Slovak Spectator. “It was very inspiring for us to understand requirements imposed on space projects. It is necessary to realise that such a costly experiment only gets one attempt.”