THE ITALIAN energy group Enel and the Czech Energetický a Průmyslový Holding (EPH) have reached an agreement over the sale of the share Enel holds in the dominant Slovak power producer Slovenské Elektrárne (SE). 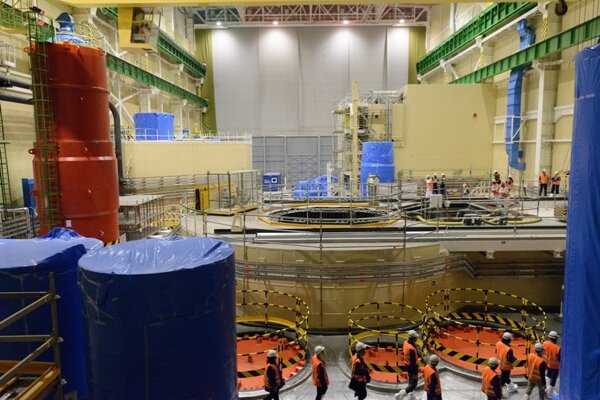 Within the first phase EPH should acquire 33 percent in SE, which means one half of the stake Enel holds in SE, while it should obtain the second half only after SE completes the third and fourth blocks of the Mochovce nuclear power station. Slovakia, which controls 34 percent of SE, remains interested in strengthening its position in SE.

“I can confirm we have reached an agreement with Enel on all important business and legal aspects,” said EPH spokesman Daniel Častvaj, adding that while they have not yet signed a contract, they expect to do so in a few days.

It is not clear how much EPH, owned by Czech businessman Daniel Křetínský and Slovak Patrik Tkáč of J&T financial group, will pay for the 33-percent stock. In 2006 Enel paid €840 million for its 66-percent stake in SE while its value in Enel’s accounting books is now €750 million, according to the energia.sk website dedicated to the energy sector.

According to unofficial information, the price for the first 33 percent stake will be about €350 million. After completion of the Mochovce blocks, which is projected for 2017, EPH and Enel will evaluate final costs and the price for which the electricity produced by the two blocks can be sold and discuss the price of the shares again, according to the Denník N daily.

Meanwhile, the Slovak cabinet which controls the other 34 percent in SE via the Economy Ministry and is not able to halt the transaction, has delegated Economy Minister Vazil Hudák to negotiate with Enel over signing the memorandum, based upon which the state will strengthen its position in SE.

The cabinet seeks to have an option to buy an additional 17 percent within six months after Mochovce is finished and launched, thereby boosting its stake to a majority of 51 percent and securing greater management control, Prime Minister Robert Fico said after the cabinet session on December 16.

“We’d like to have an option to decide whether or not we buy the 17-percent share,” said Fico as cited by the TASR newswire. “The rest will stem from negotiations and market price.”

After EPH acquires the 33 percent stake, the state will retain the biggest stake in SE, 34 percent, for which completion of Mochovce is a top priority. Enel promised to complete Mochovce in 2006, but the deadlines for the launch of the reactors have been postponed and the costs have been growing. The latest plan is to complete the third block in 2016 and the fourth one in 2017 with a price tag of around €4.6 billion. The original plan was to have them completed in 2012 and 2013, respectively, at a cost of €2.8 billion. SE is financing the completion of Mochovce from its profits, which means that it has not been paying dividends to its shareholders, i.e. Enel and the state.

Now Fico wants guarantees that the change in the ownership structure would not endanger the completion of Mochovce. According to him, Enel and the new holder of the 33-percent stake in SE would have to submit guarantees that Mochovce would be completed.

Enel began exclusive talks with EPH over the acquisition of a stake in SE in August. Aside from EPH, a Slovak-Hungarian consortium Slovnaft – MVM Group was also interested in SE but it gave up in October. Some media outlets also mentioned as potential bidders the Finnish company Fortum and the China National Nuclear Corporation (CNNC).