ONE OF THE most ambitious pieces this ballet season at the Slovak National Theatre is Nijinsky, the God of Dance – a piece about the renowned dancer of the Ballets Rousses ensemble that had recently its world premiere in Bratislava. 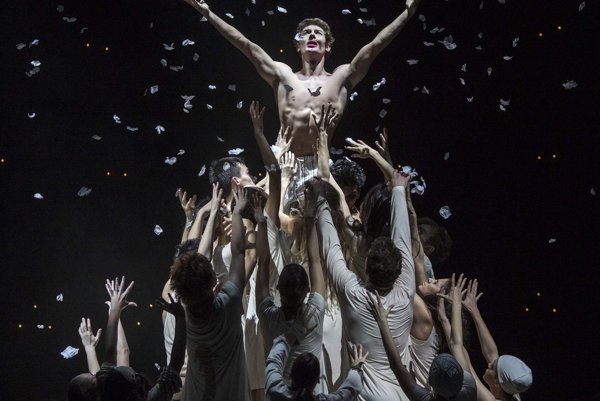 Choreographed by a former dancer whose life is closely connected with Vaclav Nijinsky, Daniel de Andrade – and Patricia Doyle – to the music of Carl Davis, the piece is a tribute to the now deceased man who originally came up with the idea, Christopher Gable.

The ballet uses classical music (mostly the Prelude by Frederic Chopin to which Nijinsky danced his last public performance in 1919) and popular music from the pre-World War I era when Nijinsky was active including tango, ragtime, samba and rumba.

“The first thing is that you are dealing with historical stuff, so you don’t have to invent the story; the story of the creation of Ballets Rousses, Diaghilev working with Nijinsky and bringing Russian culture to the West,” Davis told The Slovak Spectator. “First painting, then opera and then Russian ballet, which became the strongest force representing the country’s culture.”

The piece staged in SND shows the complex life and work of Nijinsky, from his early childhood as the son of dancers, through his student years in famous ballet school, to the breaking point of his career, and life: joining the company of Sergei Diaghilev who is presented as a strong, impressive, visionary but sometimes too dominating impresario.

The life (and also the mental state, it seems) of Vaclav Nijinsky was torn between poles – the sensitivity of inner world and artistic milieu, and the harsh reality of wartime; the relation with Diaghilev, depicted as more than just a simple employer-employee relationship, and the marriage with Romola de Pulszky.

Their relationship and marriage caused a split with Diaghilev, which proved a disaster for the fragile dancer who has already started developing mental health issues, later diagnosed as schizophrenia.

The talented, sensitive and brilliant dancer hailed for both his pioneering technique and rare emotiveness had a steep, glorious ascend in his career that brought him to the climax of worldwide recognition and fame, only to be followed by equally steep fall. He spent the rest of life spent in a mental institution.

The ballet piece can be enjoyed by both connoisseurs of this genre who already know the story of ill-fated visionary dancer and those who come just to see a new piece, as this combines more traditional dance style with a modern artistic perceptions. Along with Slovak conductor Dušan Štefánek they show stresses both the period ballet style and the inner world of Nijinsky. 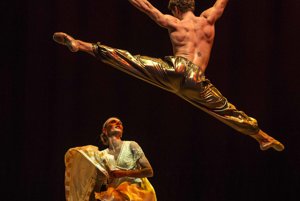 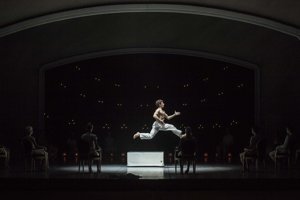 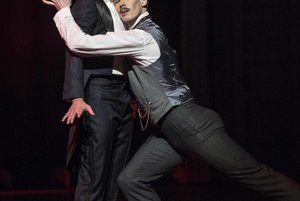 Nijinsky - God of Dance at the SND (6 photos)

This is the most complicated ballet ever created, Davis said, adding that it includes a choir (placed in a different room due to the stage design), the reading of Nijinsky’s diaries by Slovak actor Robert Roth, as well as period documentary footage from World War I.

Nijinsky – the God of Dance premiered by the end of November and is regular part of the SND repertory.