SLOVAKIA is to buy more than 46,000 guns and related equipment worth almost €23 million (before VAT) to be used by police, prison guards, customs officers and the military, the TASR newswire learnt on December 17. 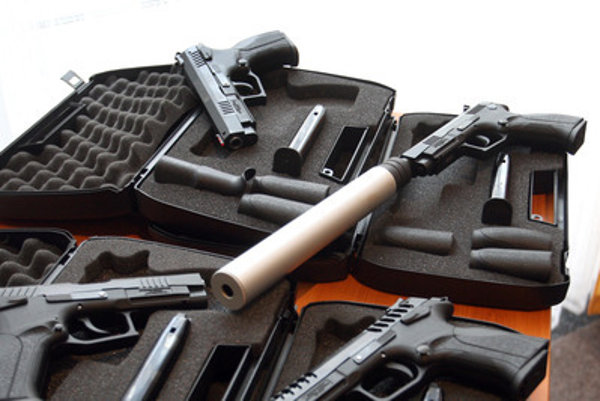 Interior Minister Robert Kaliňák signed a framework agreement for the purchase on the same day . The new arms will be supplied by Glock (Austria) and Czech firearms manufacturer Česká zbrojovka Uherský Brod (ČZUB). ČZUB is providing three types of gun - Standard (€265 without VAT per piece), Kompakt (€285 without VAT) and Subkompakt (€295 without VAT). Glock will supply the widely used law-enforcement Glock 17 pistol for €290 (without VAT) per piece.

“The Police Corps is rearming itself for the first time in 20 years. It’s about time,” said Kaliňák, as quoted by TASR.

The minister said that he is happy with the outcome of the tender, as it is will produce quality arms at prices that are 30 percent below the usual market level.

The biggest difference between the guns currently being used and the new ones is in their weight and cartridges, according to Kaliňák. While the police are using Makarov bullets at the moment, these will be replaced by Luger cartridges.

“This is ammunition used by police across the EU,” said Kaliňák, as quoted by TASR, adding that the goal is not to kill offenders, but to stop them and bring them before a court.

All of these guns will be produced in Slovakia. Both companies have assembly plants in the country – Glock near Bratislava and ČZUB in Nováky in the Trenčín region. The first deliveries of the new guns are expected to take place in January and February, with the rearming process to be concluded in the summer.