Slovakia no longer offers the 19-percent corporate tax and low labour costs that attracted many investors in the country a decade ago. However, it still boasts tradition in a number of industries that investors find a useful basis for their businesses in the country, as well as labour force with, for instance, decent language skills. 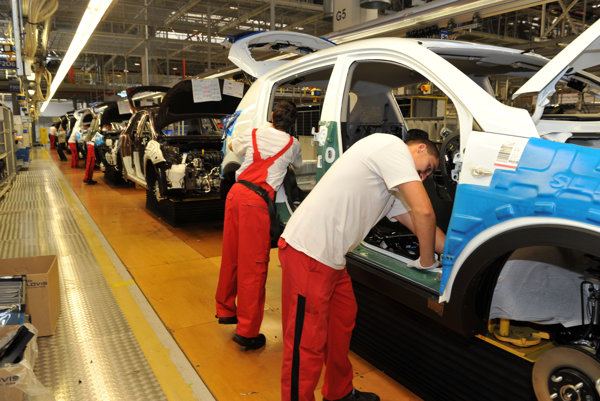 The Slovak Spectator spoke to Norbert Brath, general manager of Embraco, Nima Motazed, head of Global Services Bratislava, Swiss Re, Eek-Hee Lee, president of Kia Motors Slovakia, and Ivan Dubovan, HR team director at Samsung Electronics Slovakia, about Slovakia’s attractiveness as an investment destination, about the advantages and disadvantages of local versus expat management, and about reasons for their companies to maintain their investments in the country.

The Slovak Spectator (TSS): In Slovakia, as well as in other countries of the region, foreign investors usually start their businesses with imported management, and then gradually replace the managers with locals. Has this been the case for your company? If so, have you found sufficient human resources in Slovakia for the managerial positions in your company? What are the advantages and disadvantages of having expats in managerial positions?

Norbert Brath (NB): Yes, it is absolutely our situation. Embraco started in the late 1990’s, having majority of leadership positions covered by expats. However, the Spišská Nová Ves plant followed with a good development and gradually rose to the position of the largest employer in the Spiš region with more local representatives in leadership positions.

The local managers proved to be very suitable for all positions and in 2010, our plant became the first one with a non-Brazilian CEO, a manager who grew up with the company. Today top management team is purely represented by local professionals, with the majority of them working for the company for more than 10 years. This is a very good base for the stability of the company, as they have a better knowledge of the local culture.

Having expats in managerial positions, however, can be a good step in reinforcing the multi-national culture of the global company, who can bring new ideas and experience.

Eek-Hee Lee (EHL): Yes, we do the same at Kia Motors Slovakia. We have also started with up to 70 Korean managers at the beginning. Nowadays only 42 expats and nine local Korean managers work in our plant. Currently, Korean managers work for our company mainly as coordinators. It means that the main responsibility is in the hands of Slovak managers now. The goal of such replacement is so-called localisation of managing positions in order to replace the expats with Slovak managers who are having much greater responsibility now compared with the past. Compared with the year 2012, the number of Slovak managers has increased from 48 to today’s 81. It represents a good motivational tool how to encourage employees to work on themselves and to improve their own competencies. Job rotation to various departments and promoting are among the other ways in which to find a proper replacement of managing positions. At the same time, communication of Slovak managers with governmental bodies, business partners and local authorities can be more effective.

We employ a sufficient number of employees who are willing to improve their skills and enhance their competencies. So we can replace the leaving Korean colleagues with people who know our working environment and processes in the company well. We offer and encourage our employees to participate in a complex education programme to enhance their skills and enrich their knowledge (e.g. language courses, internal MBA programme, Talent academy, coaching, mentoring, etc.). Employees in managing positions can also participate in our exchange programme, which means they have an opportunity to spend several weeks (occasionally months) at Korean or European headquarters, Research & Developing centre or overseas plants to share experiences with their colleagues, with the goal to make processes smoother on both sides.

Nima Motazed (NM): In Swiss Re we have a mix of managers that are both local and international and have continued this as we have grown as an organisation. We have used the mix of both local and international managers to build the infrastructure of the growing management team in Swiss Re and used international assignees in the Bratislava location to import their knowledge and expertise into the location. Over the longer term, the mix of local and international managers will shift more towards a higher number of local Slovak managers. Also as an organisation we have benefited from our local Slovak employees taking the opportunity of assignments in our other locations to build their knowledge and skill set globally. As an organisation we have found that some of the mid-management level roles can be more difficult to fill, however, our experience has shown that blending our recruitment activity at this level with hiring potential and developing the skill set of our employees internally has created the right environment for us to move forward and grow as an organisation.

Ivan Dubovan (ID): Samsung Electronics is a global leader in consumer electronics, which builds its success on continuous innovation. We operate in more than 80 countries and each market is given appropriate consideration. Global activity is reflected also in the management structure with a mix of Korean and Slovak people. Sufficient human resources, especially talented and experienced people for management, is a major challenge for all the industry sectors. This requires active management habits and skills to be developed during their education at school.

TSS: Some of the companies that arrived to Slovakia over the past years have selected this destination due to the tradition that existed in the country’s regions in their business sector. Was this the reason for your company too? Was there a tradition of your sector’s industry in the region where your company is based? If so, how did this help in establishing and running your business in Slovakia? 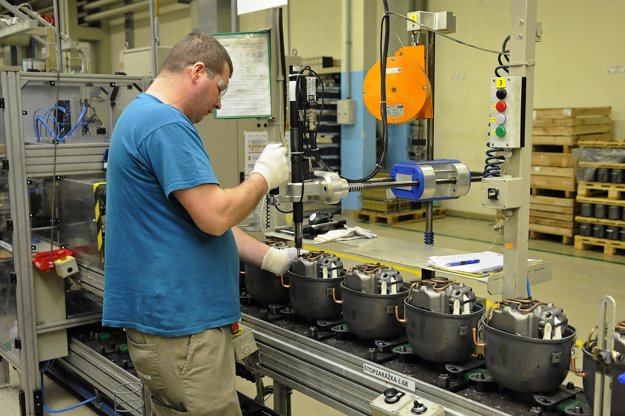 NB: The machine engineering tradition certainly helped establish Embraco as a strong player in the Spiš region, drawing also from the good location which hosted an engineering plant in the past. The workforce was available in the region too – mostly machinery experts and maintenance workers. Another important reason was positive previous experience of Whirlpool Corporation with their company in Poprad. Stability and growth of the company in Spišská Nová Ves is proof of a good environment and qualified workforce in the Spiš region.

EHL: Kia selected Slovakia and the Žilina region for its first European plant not only because of the long traditional history of engineering and machinery/heavy industry in the Žilina region. Among the other factors were: an advantageous geographical location (car distribution to all of Europe), transportation infrastructure, qualified workforce, stable political situation, country’s membership in European institutions, the automotive parts supply chain available in the region, the commitment shown by the Slovak Republic, the best environment for the new plant within the region, the kindness and positive approach of the people in Žilina. Back in 2004, our company also appreciated a flat 19 percent corporate tax (increased to 22 percent now; however, we still consider its value high compared with other surrounding countries in this region). Especially the Žilina region is well-known for its long history of engineering and machinery/heavy industry. There are many skilled labourers, machinists and engineers as well as a strong tradition in machinery. The unemployment rate was quite high, therefore we expected high demand for labour and we decided to locate our only European production plant here.

NM: The reason for Swiss Re coming to this location was largely due to Bratislava having a cluster of similar international organisations within the area and its close proximity to other Europeans areas. In addition, the language skills found within the labour market also provide great benefits to organisations like Swiss Re who operate globally.

ID: Strong tradition of electronics industry was one of the key reasons for investment selection, as well as the advanced supply network and possible expansion in the region of Europe.

TSS: For several years now marketwatchers have been saying that Slovakia needs to focus on research and innovation because it is losing some of the characteristics that make it attractive in the eyes of foreign investors, such as the cost-effective labour force. Has Slovakia lost any of its attractiveness as an investment destination since your company’s arrival? What keeps your company here in Slovakia?

NB: Innovation has been providing tremendous impetus for development of Embraco Slovakia in recent years. Successes in upgrading some products led to elevating Embraco Slovakia Research & Development team among the best in the global corporation. The recent investment in the hi-tech centre with great added value, including the expansion of laboratories, will help us to be even more competitive. Talking about other supporting activities, Embraco Slovakia was successful in this front as well, being chosen for managing Global Business Support Centre for all Embraco companies –  at the very beginning in the area of finance and human resources processes.

So far, the Slovak plant has been a successful story, being a production plant in eastern Slovakia with enhanced company culture, including profound corporate responsibility projects.

EHL: The Slovak Republic has lost part of its attractiveness since 2004, when Kia Motors decided to establish its business here. Some changes done throughout the last years didn’t have a positive impact on Slovakia’s attractiveness. For example the flat 19 percent corporate tax rate has increased to 22 percent, delayed highway completion, constantly increasing average and minimum wage in the industrial sector – those can be considered a disadvantage. Despite these facts we still consider Slovakia an attractive country thanks to its educated and skilled work force and existing network of suppliers.

NM: Research and innovation is a key part of any business and organisation regardless of where it is based. From our perspective the benefits of what brought us to Slovakia in terms of location include economic and political stability, its position within Europe and the proximity of the site to Swiss Re’s other European offices, the education background including strong language skills and accessibility of the workforce locally from other internal organisations.

ID: The business environment is still developing. It is true that some necessary issues and long-term weaknesses are slowly being solved and implemented as we demand. Special attention is required mainly in the areas of research and development, innovation, education, justice, building law, tax and insurance rates.