The most important investment news that took place in Slovakia during the first 10 months of 2015. 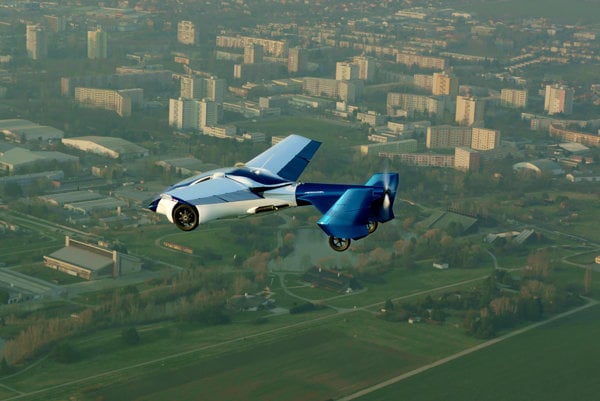 In 2014 Slovakia failed to garner as much foreign investment as in 2013, but new projects should create more new jobs. The Slovak Investment and Trade Development Agency (SARIO) and the Economy Ministry participated in 25 projects worth €170 million in 2014, while in 2013 it was 18 investment intentions worth €422 million. The 2014 projects should, however, create 4,675 new jobs, one quarter more than in 2013. The new jobs will be generated mostly in industry, services and IT.

The EC cleared state aid to the Šaľa-based Duslo chemical plant. The Agrofert company of the Slovak-born Czech Finance Minister Andrej Babiš is going to invest €310 million into building a plant for ammoniac production while the state plans to support it with tax relief of €58 million. The project may not guarantee an increase in jobs as originally expected. Duslo Šaľa promised the Slovak government not to cut the number of employees under 1,800 for the next 10 years. Duslo plans to commence the building process at the end of 2015. The trial operation is slated to begin in late 2017.

Several companies active in Slovakia unveiled plans to launch business service centres in Slovakia. Firstly the Dutch ING Bank announced in February that it plans to open a shared service centre in Slovakia responsible for all 40 countries in which ING operates. It will employ a total of 300 people. By the end of 2015, they plan to have hired 220 people.

In April Osram Slovakia unveiled its plans to launch its service shared centre in Nitra and create about 200 work places within three years. Within six months before ING Bank, the Swiss Re re-insurance company, Deutsche Telekom and Swiss Holcim companies announced similar plans to open shared service centres in Slovakia.

Irish low-cost airline Ryanair opened its base at Bratislava’s M. R. Štefánik Airport. The investment was projected at $200 million when the plan was announced in November 2014. The base features two specially based aircrafts. Ryanair also continued to open new routes from Bratislava, including Berlin, while from April 2016 new links to Manchester and Brussels-Zaventem will be set up.

President Andrej Kiska signed legislation enabling a bigger bailout of small creditors into law. Consequently in May the court officially passed the restructuring plan of Váhostav-SK, an ill-fated construction company linked to tycoon Juraj Široký owing millions of euros to its creditors and on the brink of bankruptcy. Under this plan banks should get back 85 percent of their claims in the next five years, while small unsecured creditors will obtain 18.75 percent. This means that during the restructuring process Váhostav-SK will settle 32.3 percent of recognised claims of €136 million. The Robert Fico government has also offered to buy claims of small creditors and pay them 50 percent of their nominal value. Other companies that recently underwent restructuring processes were Doprastav and TSS Grade.

The financial and energy group China Energy Company (CEFC) based in Shanghai acquired a 5-percent share in one of the biggest Czech-Slovak financial groups, J&T – for about €78.95 million. The only two shareholders until now, Jozef Tkáč and Ivan Jakabovič, have kept 47.5 percent of shares each. The CEFC shall allegedly gradually acquire a 30-percent share in J&T, worth about €700 million.

Slovakia sold its minority stake of 49 percent in the telecommunications company Slovak Telekom (ST) for €900 million to the German telecom operator Deutsche Telekom after Prime Minister Robert Fico’s government scrapped its plan to sell the shares in ST on the stock exchange arguing it would gain a bigger profit this way. According to the final agreement, Slovakia will receive €800 million, and is to get €100 million more within eight years if the firm does not lose any lawsuit. The Germans will allegedly pay for the stake at least €50 million more than Slovakia would have obtained from a sale on the stock exchange. The purchase also solved the problem of unpaid dividends by DT, as the Germans will pay dividends within the final sum. 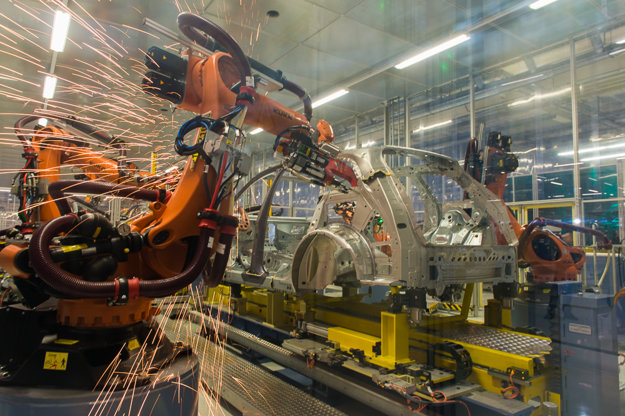 The carmaker Volkswagen Slovakia launched operations in its new body shop when this biggest one-off investment in the 24-year history of Volkswagen Slovakia required €600 million. The body shop employing 966 robots and more than 1,000 highly qualified workers produces bodies for a new model of Audi Q7, but it can be easily adapted to production of bodies of other models manufactured by VW. Volkswagen Slovakia continues investing in Bratislava when it laid the founding stone of the new body shop worth €500 million in April and has other plans in the pipeline. However, the investment plans might be endangered by the emission scandal related to Volkswagen diesel engines. It remains to be seen whether, or how, the scandal will impact the carmaker and its Slovak plant.

The Robert Fico cabinet unveiled the second package of social measures. The package with the price tag of €200 million includes reduction of VAT to 10 percent on selected foodstuffs, a system of assistance and support for poor regions with high unemployment, increase of the minimum wage while other measures are focused on energy efficiency and families with children. The measures should be gradually launched by the parliamentary elections scheduled for spring 2016.

Four European consortia around companies Vinci, Cintra, Hochtief, and Strabag advanced to the second round of the public tender for constructing a bypass around Bratislava via the so-called PPP (public-private partnership). The winner of the project with the expected price tag of about €4.5 billion should be selected in the final quarter of this year, and the contract is expected to be signed by the end of 2015. The project includes construction of D4 highway Jarovce - Ivanka, north - Rača and R7 dual carriageway Prievoz - Ketelec - Dunajská Lužná - Holice totalling 59 kilometres and the assumed annual instalment of the state may amount to €135 million, while construction costs are estimated at €1.325 billion. The think tank Economic and Social Reforms Institute (INEKO) warned in October that the project might be overpriced by as much as €1 billion.

Works on the 7.5-kilometre Višňové tunnel near Žilina, part of the 13.5-kilometre stretch of the cross-country D1 highway Lietavská Lúčka – Dubná Skala, began. It will cost nearly €410 million and it is planned to be finished by the end of 2019.

The Hungarian low-cost airline Wizz Air opened its base at the Košice airport, basing there an Airbus A320. From Košice it operates routes to Milan-Bergamo airport, Doncaster Sheffield, London Luton and Bristol in the UK.

The Jaguar Land Rover carmaker (JLR) announced on August 11 selection of Nitra as the preferred location for a new €1.4 billion plant while it had already signed a letter of intent with the Slovak government for the potential development of a new manufacturing plant. The final decision about the plant with the capacity of up to 300,000 luxury cars annually is expected by the end of 2015 while state incentives are one of the hot issues under discussion.

Spanish company Funderia Condals will try its luck in southern Slovakia after its plans in eastern Slovakia failed. Its new foundry should be built in the town of Štúrovo. The investment worth over €24 million will give work to 70 people in the first phase, later an increase to 350 is expected.

South Korean-owned Sungwoo Hitech Slovakia unveiled its plans to build a new production facility to increase its production capacity to manufacture components for the automotive industry in Žilina. As a consequence the labour force should increase from the current 760 by 300. In October a construction inspection found that the company launched construction without necessary permissions.

The new €30 million football stadium was opened in Trnava. The stadium with a capacity of 19,000 people and directly connected to the shopping mall is the first in Slovakia to meet the UEFA criteria. Aside from football matches, the stadium will also host other events, like concerts.

Bratislava-based refinery Slovnaft completed the installation of new technology to produce low-density polyethylene (LDPE) in which it invested more than €300 million. The new production unit will replace all its previous premises where polyethylene was produced. It will enable the manufacturing of new polyethylene types of higher quality, with minimum emissions, higher security and lower energy consumption. Slovnaft plans to launch production in the beginning of 2016.

The biggest private Russian bank Alfa Bank acquired the loss-making internet bank Zuno operating in Slovakia and the Czech Republic, from Austrian Raiffeisen Bank International. Details of the transaction have not been revealed. By acquiring Zuno, the Russians obtained an innovative banking house without branch offices, with 250,000 clients and an incomplete portfolio of provided services.

After the Slovak-Hungarian consortium lost interest in Slovakia’s largest power producer, Slovenské Elektrárne (SE), the Czech-based Energetický a Průmyslový Holding (EPH) remained the only official potential buyer, while it allegedly reached a general agreement with the Italian energy group Enel over the purchase of about a 30-percent stake in SE in October. In the meantime the Slovak cabinet continued analysing its possibilities for increasing its interest in SE to 51 percent and criticising SE for slow construction of the remaining two units of the nuclear power station in Mochovce.

After 20 years on the Slovak market, Austrian DIY Baumax retail chain was taken over by the German chain Obi. Baumax operated 14 stores throughout Slovakia and their price may be below €1 million. They close down by October 31.

The investment group Penta became the sole owner of the health insurance company Dôvera taking over the stake of the other shareholder, Cypriot Prefto Holding Limited; with the approval of the Antimonopoly Office. The final transfer of shares was concluded in October. The amount has not been disclosed.

State-owned Slovak Post (Slovenská Pošta) launched the newest mobile operator called Štvorka or 4ka (number four in English). The fourth mobile operator in Slovakia began its operation with offering prepaid services only, but available at each of the 1,500 post offices across the country.

Transport Minister Ján Počiatek opened a 9 kilometre stretch of the D1 between Spišský Štvrtok and Levoča (Prešov Region). Earlier in 2015 Počiatek opened the 16.5 km Dubná Skala-Turany section. Ribbon-cutting ceremonies and the opening of new highways has been an unambiguous signal that parliamentary elections are coming while dozens of kilometres of highways and dual carriageways will be opened by elections scheduled for March 2016. Nevertheless, a complete D1 backbone 450-km highway connecting Bratislava and Košice remains far off. The 13.5 km Turany-Hubová portion of the route, because of environmental concerns, has not yet been set.