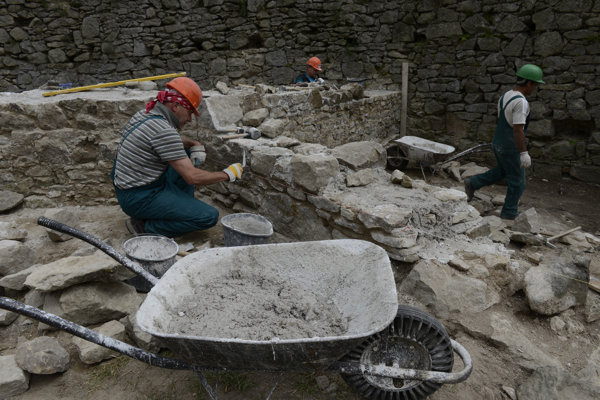 The reviving economy has helped reduce the number of jobless in Slovakia, employers agree. But they remain critical of some legislative measures adopted by Prime Minister Robert Fico’s government, which employers contend limit flexibility and slow hiring.

“The slight increase in employment, which results from the gradual economic revival, can be considered a positive,” Martin Hošták, secretary of the National Union of Employers (RÚZ), told The Slovak Spectator.

Despite the drop in the number of jobless, there is still a problem with a disproportionate number of the unemployed living outside the capital city. There is an effort to prefer the job creation in these regions, said Ján Žačko, deputy chair of the Federation of Employers’ Associations (AZZZ).

“The creation of new jobs however does not automatically mean the reduction of unemployment as the question of labour market’s needs and specialisations of graduates is not solved,” Žačko told The Slovak Spectator. On the other hand, the labour market’s needs have been defined, which lays basis for focusing on graduates placement based on their specialisation, he added.

Hošták also points to the restriction of temporary employment as “the last flexibility element in our employment legislation”, which together with other anti-market factors “neutralises the improving situation in the labour market”.

The jobless rate declined for most of the first nine months of 2015. Though it increased slightly in September, due to the number of graduates that were registered with the labour offices, it still remained at a six-year low. The jobless rate amounted to 11.38 percent in September, up by 0.06 percentage point month-on-month. In annual terms it decreased by 1.06 percentage points, according to the Central Office of Labour, Social Affairs and Family (ÚPSVaR).

The September data confirmed the trend of previous months as the decline in the number of unemployed slowed down compared to spring. In particular the number of jobseekers who found work decreased, according to Ľubomír Koršňák, analyst with UniCredit Bank Czech Republic and Slovakia.

The current situation in the Slovak labour market is affected by the worse mood among Slovak industry, negatively influenced by the Greek crisis and fear from the Chinese economic slowdown, Koršňák said.

“We expect that the rising economy will continue creating room for new jobs and after seasonal adjustments unemployment will slightly decrease in following months,” Koršňák wrote in his memo.

TThe Fico cabinet has increased the minimum monthly wage by €25 a month to €405 as of 2016, satisfying trade unions but disappointing employers. In passing the hike, the cabinet took into consideration recommendations of international institutions for the minimum wage to equate to 60 percent of the average salary, according to Labour Minister Ján Richter. This rate currently stands in Slovakia at around 50 percent. Richter calculated that the rate will be 51.03 percent next year, with an average salary of €906, the TASR newswire reported.

“We will never agree with the opinion that it [the minimum wage] should be abolished,” Fico said, as quoted by TASR. “On the contrary, we will always be creating conditions for its further increase.”

He also stressed that if they remain in the cabinet also after the 2016 parliamentary elections, they will insist on raising the minimum wage further.

“We are glad that the cabinet did not listen to calamity howlers’ voices saying that each increase will have a negative impact on companies and employment and that due to the minimum wage competitiveness decreases,” KOZ spokeswoman Martina Nemethová said, adding that the minimum wage “acts as a stabilising factor, motivates people to work, reduces fluctuation and has a positive influence on economic development”.

On the other hand, the AZZZ has pointed out that the cabinet has increased the minimum wage from €352 to €405 over recent years, amounting to a 15-percent increase. In its opinion such a steep increase could result in problems for people with low qualifications to find work. The AZZZ claims that an excessively steep increase of the minimum wage balloons wage costs and that companies active in sectors of the economy employing mostly workers with incomes around the minimum wage could have problems coping with such an increase. Some companies might be endangered by the hike and others will be forced to adopt cost saving measures. Moreover, the minimum wage may neutralise the improving situation in the labour market, Hošták said.

“In economically weaker regions it will make it harder for the unemployed to enter the labour market,” he added.

Meanwhile, both employment and the average wage continued increasing in August 2015. This was mostly the result of the continuing economic growth, said analysts of the National Bank of Slovakia (NBS), the country’s central bank.

A further increase in wages may be supported by the activities in the labour market, as well as higher overtime payments and bonuses, NBS analysts said.

As for employment, it increased in August by 0.14 percent month-on-month in selected sectors. The annual dynamics in August amounted to 1.7 percent growth, while in July it was 1.6 percent, according to the NBS analysts.

Despite the increase, it is improbable that the quarter-on-quarter rise in employment will be as significant as in the second quarter of the year, the analysts added. While there was no increase in employment in the service sector, employment rose in the trade sector.

“We expect the adoption of measures that would increase the competitiveness of Slovak companies, from making the labour legislation more flexible, through reducing the regulated components of energy prices for industry, to improving the law enforceability,” Hošták said.

Žačko of the AZZZ said the harmonisation between the labour market needs and the education system is lacking. The government has adopted a new law on vocational education, which he considers a base for filling the gap.

“This is only part of the whole education transformation process, which is time demanding, but necessary for securing the needs of the labour market,” Žačko said.