THE RED Sea Jazz Festival in the Israeli city of Eilat will feature, among other musicians, the Slovak Pacora Trio band. They will be the only representatives of central and eastern Europe at the winter edition of the festival, to take place between February 11 and 13, 2016. 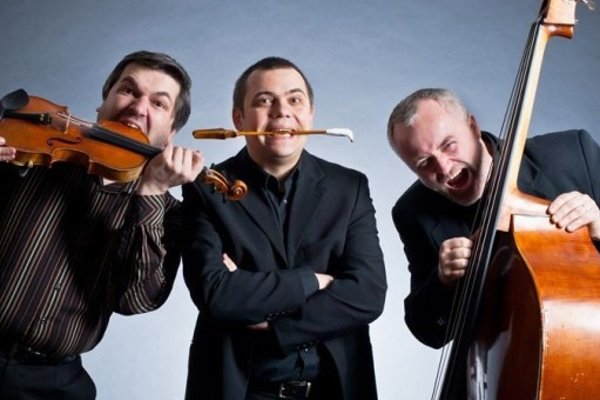 The biggest jazz festival in the country is visited mostly in summer, and it has been organised since 1987 in Eilat, a popular sea resort and harbour in the southern region. Since 2010, the festival has a winter edition, too. The dramaturgy of concerts combines famous names, international jazz musicians as well as the crème de la crème of the Israeli scene.

So far, only two musicians from eastern Europe have played in Eilat: Poles Tomasz Stanko (2007) and Zbigniew Namyslowski (2008), Jarka Vlčková of the World Music from Slovakia platform informed.

The 6th year of the RSJF will present miscellaneous performances by musicians from around the world, like Larry Goldings, Alfredo Rodriguez, Jacques Schwarz-Bart with Voodoo Jazz, a-cappella sextet SLIX, David Hellbock Trio, and also the Slovak Pacora Trio, the festival website informs.

Art director of the festival, Dubi Lenz, learned of Pacora Trio – and Slovak musicians more in general – last year thanks to World Music from Slovakia, which presented the country’s scene at the Womex 15 festival in Budapest and at the Crossroads festival in the Czech city of Ostrava.

Since its establishment, the PaCoRa Trio (Stanislav Palúch on violin, Marcel Comendant on cimbalom, Róbert Ragan on double bass) has merged jazz, folk, classical music and other genres, including e.g. early music. Their first album already got the attention and interest of many, including a positive evaluation by the BBC Music Magazine in June 2006.