THE SMER-dominated parliament overrode President Andrej Kiska’s veto of the package of anti-terrorism laws on December 21, approving them without any changes. 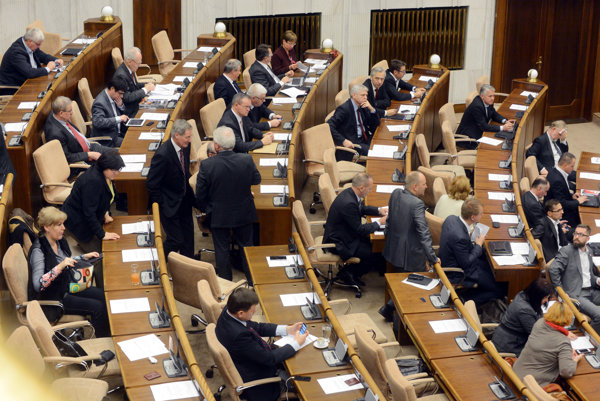 “With returning the law the president showed how he perceives the steps of the ruling party,” Grigorij Mesežnikov, head of the Institute for Public Affairs, told the Sme daily.

Defending his veto on December 18, Kiska indicated that the amendments to the Criminal Code and other bodies of law violate the principle of proportionality. With this in mind, he suggested that only items linked to an amendment to the Constitution be preserved in the bill.

He, however, signed into law the constitutional amendment which doubles the period during which a person who is suspected of crimes linked to terrorism can be detained – up to 96 hours rather than the current 48 hours, the TASR newswire reported. 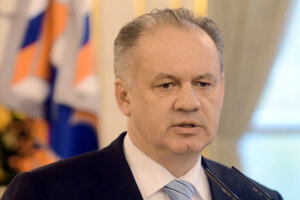 Meanwhile, Kiska disagreed with passing the legislation via a fast-track procedure without the public or even MPs themselves being provided with information about tangible threats in Slovakia that would warrant approval.

The anti-terror package was drawn up in response to the series of attacks in Paris on November 13. As part of the package, police, prosecutor’s offices, courts and intelligence services will receive new powers in the fight against terrorism as of January. Jail sentences for those convicted of conspiracy to commit a terrorist act are being extended, as the criminal offence is being included in the category of ‘particularly serious crimes’. On the whole, however, the Justice Ministry has said that prison terms vis-à-vis terrorism are otherwise adequate in Slovakia, as they are among the most stringent in the EU – either between 20-25 years or up to life for some crimes.

Most of the changes were introduced into the Code of Criminal Procedures. Parliament gave courts the authority to remand in custody a person charged with a criminal offence linked to terrorism – without formally stipulating the reason for doing so. Those suspected of terrorism may in justified cases be placed in custody for as many as five years. Cases involving terrorism will be tried by the Specialised Criminal Court, TASR wrote.

Among other changes, measures aimed at providing extra protection to witnesses were also introduced. The changes seek to ensure that witnesses won't ever have to face suspects during proceedings and that witness hearings are taped instead.

The powers of the Police Corps, the Slovak Information Service and the Military Intelligence Service are being extended, too. The police will have the authority to detain a person suspected of being in any way affiliated with plans to commit an act of terrorism for up to 48 hours. Police officers also received more powers in road checks and car inspections. In the event of a terrorist threat, police will have the power to adopt necessary measures in public transportation or to close off a public area where such an attack may be imminent.

Web content will be subject to more stringent oversight. Website operators and web domain providers will be obligated – at the behest of a court warrant based on a prior request by the intelligence service – to shut down or prevent access to a web domain name where ideas encouraging or promoting terrorism, or extremism of a religious, political or other nature, are being spread.