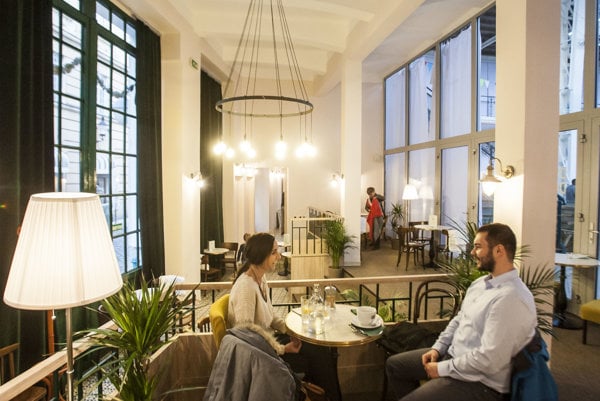 SOCIAL innovations are new strategies, ideas and approaches to solving problems, and the number of people actively changing things for the better has been increasing in Slovakia, even when the impacts remain limited.

“Searching for solutions that may bring real and deep changes is difficult and requires cooperation of several stakeholders,” Monika Brošková, a programme manager within the Pontis Foundation, told The Slovak Spectator. “It requires a critical mass of people who are able to offer, in a creative way, better alternatives, or to change the system, that has caused problems that bother us.”

“Today’s world has been changing dynamically and it is more and more complex and thus we need many more innovators, who are able to perceive things in their entirety and create inter-sector partnerships,” said Brošková. “The future of social innovations thus lies in how we will be able to cooperate.”

Brošková recalled that it was the Austrian Ashoka organisation, that started to use the term social entrepreneurs back in the 1980s. By this term it defined people who, in an innovative and systemic way, solve key social problems.

“The term social entrepreneur in this sense points out an important virtue of people who are changing the world for the better – they are actively taking steps to achieve wanted changes,” said Brošková.

The activities may have a form of a civic initiative for reducing poverty, giving citizens new instruments to participate in decisions or improving access to education, health care and so on, according to Brošková.

“Profit is one of the means to achieve this goal in a sustainable way,” she said.

Slovakia’s social innovation ecosystem is very young with most ideas and influences coming from abroad.

“Slovakia rather wants to conserve values and status quo and people accordingly behave thus in their environment,” said Ivan Štefunko, managing partner in venture and seed capital company Neulogy Ventures. “We are not a country which would have done something revolutionary; we have adapted each thing on the basis of foreign experiences.”

Štefunko ascribes the current mindset in Slovakia to the legacy of the communist regime and thus a lack of exposure to the outside world. This means rapid change can seem foreign to Slovaks, he said, but “fortunately, there are islands of positive deviations”. These are silent minorities of people who, after being inspired abroad, are bringing change to their environs and sectors in Slovakia even though they are not necessarily in politics.

“There are a lot of ideas, but less power to enforce them,” Štefunko said at the forum. “It is impossible to change the world from a café; one needs to put rubber boots on and go out.”

Kenneth Ryan, a managing partner at KPMG and founder of NGO iKid, sees opportunities, “but instead of finding challenges people discuss how to do it at all”, he said.

The entire CEE region has similar characteristics, according to Petr Vítek, co-founder of Impact Hub in Czech Republic.

“Firms look at the product and target the customer group first and only then on the quality of their team,” Vítek said. “It should be the reverse, where a great team is able to change weak products.”

At the conference Pontis introduced a map of social innovators who are changing Slovakia and targeted interesting people who are bringing unique approaches to solve social problems. Within the survey they focused on education, social inclusion, but also active citizenhood, support of democracy and community development.

It total they conducted 204 interviews and obtained 945 unique names. On average one person recommended 8.5 others resulting in 1,700 names total.

“The map represents a very colourful mixture of people, sharing that they are perceived as bearers of positive changes,” said Brošková, adding that the map includes personalities from the civic sector, politicians, businessmen, journalists, doctors, teachers, priests, and mayors, as well as President Andrej Kiska.

According to the map, Marek Adamov from the Stanica Žilina-Záriečie cultural centre, Matúš Čupka from the environmental organisation Green Patrol/Zelená Hliadka and Fedor Blaščák, the secretary of the Association of Corporate Foundations and Funds, were the most frequently mentioned.

Ivan Ježík from the NGO Voices, Stanislav Boledovič from Teach for Slovakia and Vladimír Burjan, editor-in-chief of Dobrá Škola magazine, are cited as education innovators. Ladislav Kossár of the Provida foundation, Sergej Kára of the Vagus civic association and Elena Gallová Kriglerová of the Centre for Ethnic and Culture Research are cited as addressing social inclusion.

The map follows similar projects in neighbouring countries. Ashoka made the first survey of such networks in Austria in 2014.

In the near future, Pontis wants to organise various meetings where change-makers get together.

“We are also thinking about the possibility of linking social innovators with external actors online,” Brošková said.

Entrepreneurship with a social idea

In November, notable social innovators competed in the Startup Awards within the category Society. The winning startup Bat Suite beat out projects like BeeSafe and Waste.it. It has developed a sonar which allows blind people to perceive their surroundings directly on their body like a bat.

Pontis gave a chance to the selected social entrepreneurs to present themselves during the forum.

Among them, Martin Povrazník from bnt attorneys-at-law and Michele Bologna from Slovenské Elektrárne presented a proposal for confronting homelessness. There was the creative reconstruction project The Most, the education project Supertrieda, web-app Edujobs.sk, programming courses Learn2Code, Lentalk for better communication with autistic people, the eco-farming project Svatobor for a Roma community, website Nepocujucedieta.sk and more.

Štefunko said that local companies are successful in social entrepreneurship generally thanks to imported ideas or founders from other countries who bring the missing elements to the market.

“Proper examples are Good Market/Dobrý Trh with a Dutch co-founder and festival Viva Musica with the founder coming from France,” Štefunko said. 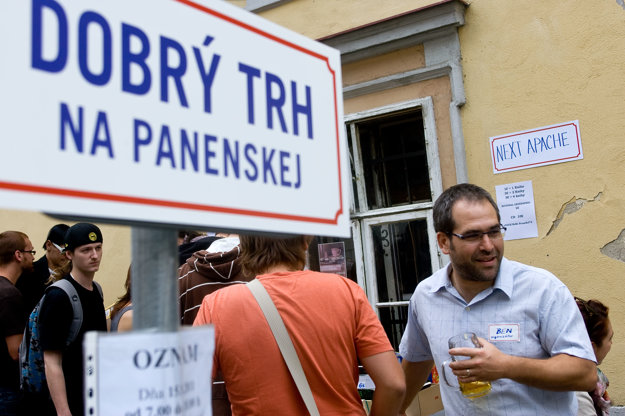 “Even Ľudovít Štúr and his collaborators or politician Milan Rastislav Štefánik were importers of revolutionary and state-creating know-how from abroad,” he said.

A survey by Ashoka and Pontis revealed the biggest problems of the social innovation ecosystem. Respondents agreed that a struggling Slovak education system remains the biggest hurdle. Other mentioned drawbacks are lack of interest in political matters, poorly functioning public institutions and little knowledge about other people active in the company.

While education has never been a priority of Slovak governments so far, Peter Balík, head of digital and innovative economy department at the Ministry of Economy, said it is a key-point that people in public administration have too little experience abroad.

“Public administration is full of people who fail to understand the long-term measures acting on the economy,” Balík said.

Štefunko said that the Slovak population is relatively well-educated, however, the current system educates adolescents ineffectively. If I had to choose from all 10 to 20 priorities in each government programme statement, I would personally choose the accent on education, he said.

“However, there has never been an education minister with political influence, therefore it is essential to lobby directly to the Prime Minister [Robert] Fico to enforce such appointment,” Štefunko said.