March: The year in business 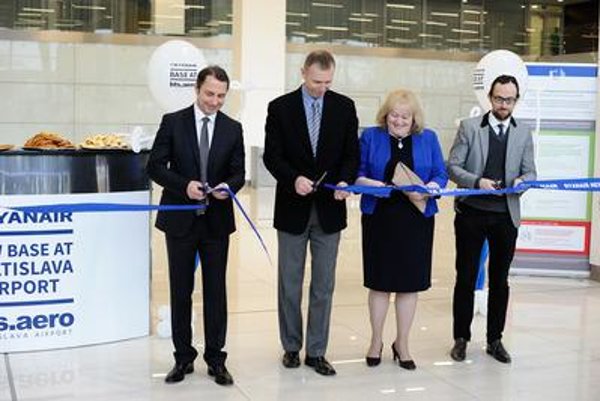 The Slovak government assumed full control over the Gabčíkovo hydropower plant. PM Robert Fico announced this on March 9 after the state won a legal dispute with Slovenské Elektrárne (SE) over the validity of the contract regarding operation of the Gabčíkovo hydropower plant. As of this date the power station has been operated by the state-run Vodohospodárska Výstavba (VV) that also sells generated electricity. SE has challenged the verdict, asking for more than €588 million as compensation for losing the rental and operation of Gabčíkovo hydroelectric power plant. Slovakia is demanding return of the €492 million that SE gained from operating Gabčíkovo for nine years.

The second private pension pillar opened, from March 15 to June 15 this year, for the fourth time in its history. Some 100,000 savers unhappy with their returns in the second pillar used the option of redirecting their money to the public pay-as-you-go pillar. The Labour Ministry expressed satisfaction that such a high number of people responded to its warning that the second pillar is not advantageous for all savers, while the opposition perceives the numbers in a positive light as well because about 1.4 million savers remained in the second pillar.

For the first time in its history, Slovakia saw its five-year bonds traded on secondary markets with a negative yield. This means that investors were willing to pay more for the possibility to deposit their money in Slovakia’s safe government securities. Behind the change is particularly the new monetary policy of the European Central Bank (ECB) through which it is trying to avoid deflation. To achieve this, the ECB has adopted several measures thanks to which the yields of Slovak bonds on secondary markets dropped to minus. One measure is so-called quantitative easing within which the ECB started purchasing the bonds of EU countries, including Slovakia, in secondary markets starting in March.

Irish low-cost airline Ryanair opened its base at Bratislava’s M. R. Štefánik Airport. The investment was projected at $200 million when the plan was announced in November 2014. The base features two specially based aircraft. Ryanair also continued to open new routes from Bratislava including to Berlin (from October) and from April 2016 new links to Manchester and Brussels-Zaventem will be opened.

After 13 years Slovakia adopted a new waste law, which aims to boost the separation and recycling of waste as well as reduction of illegal waste dumps. The law, effective as of 2016, abrogates the Recycling Fund and paying of recycling fees by producers and importers. It introduces the principle of broader responsibility, which means that producers and importers will be responsible for individual products from placing them on the market until they are disposed of.

Companies in Slovakia were awarded for doing business in a responsible way. Top Via Bona Awards of the Pontis Foundations went to Accenture and Alfa Bio of Banská Bystrica. The foundation accepted 61 nominations for the 2014 Via Bona Slovakia Awards, from which 23 advanced to the second round.

The French carmaker PSA Peugeot Citroën unveiled its plans to produce a new model of Citroën in its plant in Trnava that is expected to become the best-selling one in the future. The production of the new car will start in 2016.