August: The year in business

Bratislava joined 330 cities across the globe offering transport by Uber and more. 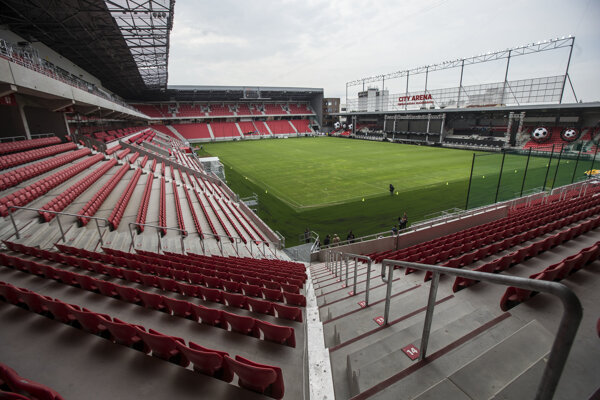 Luxury hotel brand Kempinski left Bratislava and was replaced by another luxury brand. As of August 1 the hotel on the Danube embankment of the financial group J&T became Grand Hotel River Park with the subtitle The Luxury Collection Hotel. Experts see the development on the Bratislava hotel market over the last few years as behind the change, but perceive the new brand as an adequate replacement.

The Jaguar Land Rover carmaker (JLR) announced on August 11 its selection of Nitra as the preferred location for a new €1.4 billion plant while it had already signed a letter of intent with the Slovak government for the potential development of a new manufacturing plant.

Spanish company Funderia Condals will try its luck in southern Slovakia after its plans in eastern Slovakia failed. Its new foundry should be built in the town of Štúrovo. The investment worth over €24 million will give work to 70 people in the first phase, later an increase to 350 is expected.

South Korean-owned Sungwoo Hitech Slovakia unveiled its plans to build a new production facility to increase its production capacity to manufacture components for the automotive industry in Žilina. As a consequence the labour force should increase from the current 760 by 300. In October a construction inspection found that the company launched construction without necessary permissions.

A new €30 million football stadium was opened in Trnava. The stadium with a capacity of 19,000 people and directly connected to a shopping mall is the first in Slovakia to meet the criteria of UEFA. Aside from football matches, the stadium will host other events like concerts.

Bratislava joined 330 cities across the globe offering transport by Uber, a smartphone based service with drivers that use their own cars. Bratislava taxi drivers complained about the service, saying Uber drivers fail to meet legal requirements.