More than 100 capsules containing the drug were discovered within his body. 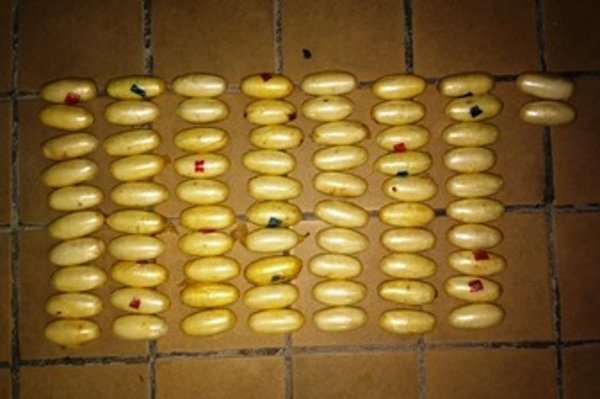 The National Crime Agency (NAKA) has detained a Nigerian national at M. R. Štefánik  Bratislava Airport who was attempting to smuggle one kilogram of cocaine into the country in his body. The arrest took place on December 18 when the Nigerian identified by police only as Prince Ephraim A. flew to Slovakia from Spain. NAKA detained him in cooperation with the border police, the Financial Administration Crime Office and Bratislava Airport, Police Corps Presidium spokesman Michal Slivka told the TASR newswire on December 22.

“Exactly 105 capsules with the drug were discovered within his body,” said Slivka, adding that the smuggler had swallowed cocaine weighing a total of one kilogram.

Slivka did not want to specify the methods used by security forces to expose the drugs courier.

“We have our methods,” said Slivka. “Smuggling something like this into our country today is outside the realms of possibility. It’s naive for anyone to try this”.

The 43-year-old Nigerian’s journey ended in a police cell. He was charged with drug-related criminal activities on December 19 and will be prosecuted while in custody. If found guilty, he could face up to 20 years in jail.