THE LYRICS of onetime hit by Kool & the Gang “Celebration”: There’s a party goin’ on right here; A celebration to last throughout the years could be also used to describe the Silvester, or New Year’s Eve, 2015 in Slovakia, or rather in the capital. 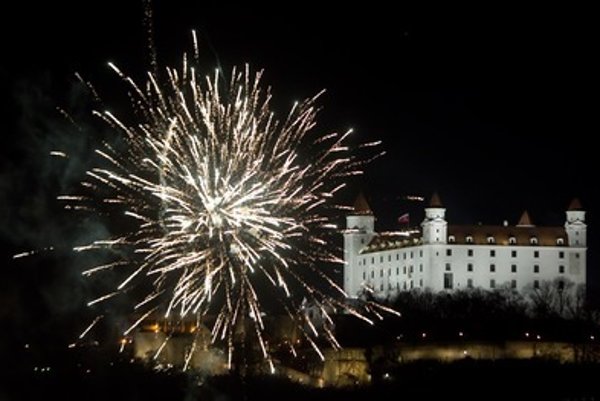 The programme in Bratislava will start already during the day on December 31, 2015 to last until the wee hours of the next year’s first day, with some performances offered also on January 1 for those who would rather avoid big crowds and noisy fireworks.

The core of the program in the capital will be Silvestrovské korzo, which is an invitation for an evening walk along the New Year's Eve Bratislava promenade, with a taste of the special programme offered on four central squares, with the midnight fireworks over the Danube being the traditional culmination.

"This year, too, we have prepared a rich and interesting programme for inhabitants and visitors of Bratislava, with many novelties,” Bratislava Mayor Ivo Nesrovnal informed, specifying that a programme has been added for the Primate’s Square meant especially for children. They will also be able to skate on an artificial ice rink there. “A novelty is also a free mobile application KnowSpot informing about the programmes, possibilities of entering the celebrations’ central zone, transport and contacts,” he added. It will be available for download in the Main Square, Primate’s Square and Hviezdoslavovo Square.

Apart from the ice rink in Primate’s Square, there will be another one in Hviezdoslavovo Square where there is also organised an open-air disco with DJs from the famous local club, Nu Spirit (DJ Gonzo, DJ Kinet, DJ Yellow Box offering nu jazz, funk, disco). The Silvester will also include a live broadcast of the festive concert of Slovak Philharmonics from the nearby Reduta building on a huge outdoor screen at 16:00.

In the Main square, the Swingless Jazz Ensemble will play live swing between 19:00 and 1:00 and DJ Matwä Drappenmadchenfeller will also entertain the audience, while in the nearby Ľ. Štúr Square, the traditional countdown and fireworks from a ship on the Danube river will take place (00:00 – 00:15).

During the last day of 2015, all lines of city transport will operate as at weekends or on holidays, while the cross-border and regional line 525, 801, 901 and 153 operate as on workdays during school holidays. During the night, city transport will operate (each number usually every 30 minutes) until 06:30 the next day, and some extra trams, trolleybuses and buses will be dispatched as well, especially to marginal residential areas.

However, the city centre will not be operated and cars will also not be allowed to enter it, so it is advisable for visitors coming with cars to park them in adjacent areas and use the city transport instead.

On January 1, there will be New Year’s swing evergreens played by the Funny Fellows band between 15:00 and 18:00.

More information can be found (in Slovak) at www.bratislava.sk.

In Banská Bystrica, there will be a special edition of the Gipsy Baron operetta by Johann Strauss Jr. in the local State Opera on December 31, and fireworks over the city. The State Opera also offers a festive New Year’s Eve concert at 19:00.

In Košice, Silvester will start with a programme for children at 10:00 in the city hall (tickets are free and can be obtained at the local City Information centre in the Main/Hlavná Street from December 29). At 20:00, the programme for adults will open in the Main Street, including Peter Bič Project, Milan Rendoš’ Music, Tublatanka Revival, country band Tennessee, Rony, Destiny Cheer Team, Richard Hergott and DJ Pepo.