Most Slovaks do not perceive any positive event on the local or international political scene in 2015, poll shows. 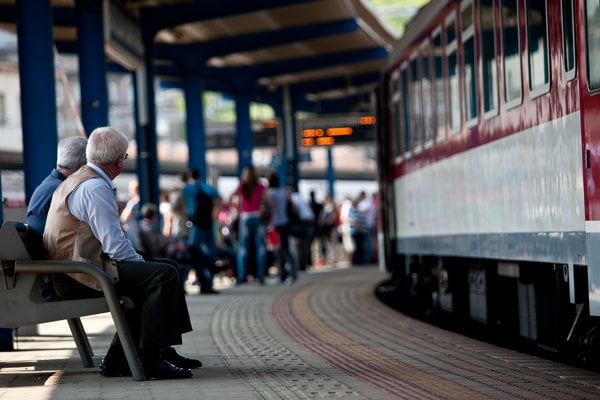 Altogether 38.8 percent of respondents in the Polis Slovakia polling agency's poll for the SITA newswire said they do not perceive any event on the national and international political scene as positive.

The respondents however consider the government's position towards migrants as positive. This was the answer stated by over 11 percent of those polled, SITA reported. Another more than 9 percent said that the free-of-charge trains, one of the measures of the current cabinet, was a positive thing. Meanwhile, 7.2 percent said that the activities of President Andrej Kiska were positive, while 5.5. percent perceived the government's activities as positive and the drop in prices of motor fuels was considered positive by 5.2 percent of those polled.

Other positives that the respondents mentioned was the fight against corruption, the decrease of the unemployment rate, the activities of parliament, and the invitation to come to the EU extended to migrants by the German Chancellor Angela Merkel.

On the other hand, 38.8 percent of those polled marked the flow of migrants to Europe as the most negative event of 2015. Other negative events that appeared among the answers of the respondents were terrorist attacks in Paris (19.4 percent), persistent corruption (13.3 percent), unemployment (12.8 percent, Merkel's invitation to migrants (12.5 percent) and the activities of the government (8.4 percent), SITA wrote.

The poll was carried out between December 11 and 18 on a sample of 1.422 respondents older than 18 years of age.