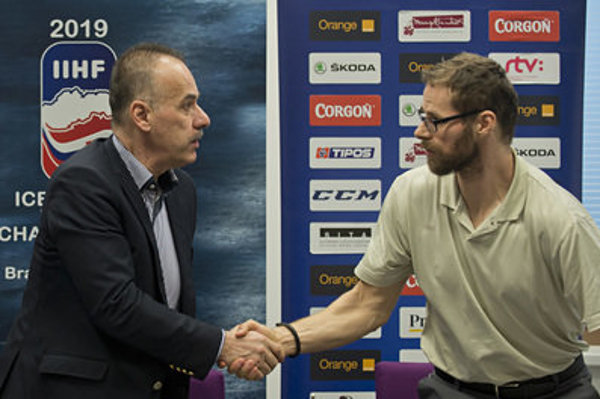 With his signature Nemeček has assured that he will push for an extraordinary congress of SZLH before the end of June, so that a new election of SZLH officials can take place according to democratic statutes. If the congress and election do not take place, Nemeček promised that he would step down on June 30.

The current election rules are tailor-made for incumbent executives to win and the national team, represented by about 50 players led by Handzuš, had applied a ban on participation. But this has officially ended with the signing. The players welcome Nemeček’s public commitment and are now at the disposal of national team coach Zdeno Cíger.

“I’m very glad that I got the proposal for the public commitment on Sunday at lunch,” said Nemeček, who won the position over former player and popular choice Richard Lintner. “It is in compliance of our proposal of a memorandum and just confirms what I said this September – that if there isn’t an extraordinary congress by the end of June 2016, I will step down on June 30.” 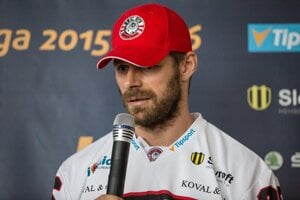 Statutes are to be changed irrespective of the new law on sport, added Nemeček. After the SZLH council, which will take place after the World Championship in May, Nemeček will convene an extraordinary congress during which there will be decisions made on the future direction of Slovak hockey. There will only be delegates entitled to vote according to the new statutes, which means only delegates from clubs and associations – no commissions or executive committee.

“I’m glad that we signed the agreement before the end of the year,” said Nemeček.

Nemeček believes that the turbulent situation that has been going on since June will calm down.

“After two tournaments that have taken place since then, now the national team coach Cíger can pick from a wider portfolio of players that will be at his disposal for February’s Slovakia Cup and later in April in preparation for the World Championship,” said Nemeček.

Nemeček did not say whether he will run for re-election as the president.

“It is still early to talk about whether I will run again,” said Nemeček. “Now we are adjusting other things.”

“No one is the winner or the loser,” said Handzuš. “From the beginning we had two demands; the change of statutes and a new election. Slovak hockey needs new democratic and fair statutes that will emerge with the new election. In September we did not have any guarantee of a new election, it all came to a stop on various paragraphs. We think that this is just a first step and the beginning of a new process.”

Every new candidate can prepare for the new election, added Handzuš, who is not planning to run for SZLH president. He is to actively participate on the creation of the new federation’s statutes.

“I have accepted an offer from the federation to become a member of a working group that will deal with their change,” said Handzuš. “Our task is to create a new draft of the statutes that we will hand in to the legislative commission that is to approve them.”

Handzuš reiterated that their ambition was not to obtain posts.

“Our whole initiative was about a new election and about the way how this competition went down in the past election,” said Handzuš. “That is now finished with this public commitment.”