Highway Patrol has helped over 8,000 drivers

SINCE its launch in April, the Highway Patrol, a new cost-free service offered by the National Highway Company (NDS), has helped more than 8,000 drivers, with its cars driving more than 1.1 million kilometres. 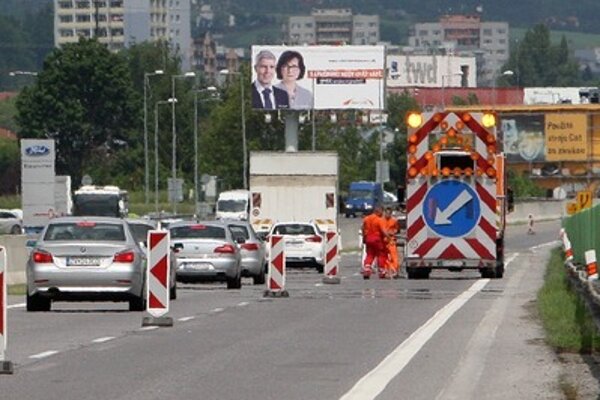 “There is a total of 15 Highway Patrol vehicles on motorways and expressways,” said NDS spokesperson Eva Žgravčáková told the TASR newswire on December 29, adding that since July one of them has also been operating on the newly opened D1-motorway section near Martin in Žilina region.

The Highway Patrol vehicles are on hand 24/7 and can be contacted at telephone number 0800 100 007. They can help with changing a tire, for example, or by providing fuel to get a vehicle to the nearest petrol station.

They are also able to tow cars to the nearest rest stop in the case of a breakdown, and they offer information on towing services and service stations. The Highway Patrol also provides broken down cars with signs and contacts the highway police and integrated rescue system.

Crews have equipment in their cars including road signs, fire extinguishers, assistance cards in 13 foreign languages and first-aid packages.

Over the eight months that it has been in operation, the Highway Patrol has mostly helped by providing signs for cars - in 4,468 cases. It's removed obstacles from the roads on 2,289 occasions, has attended 653 traffic accidents, and has carried out repairs 514 times. It has also helped cars that have run out of petrol to reach a petrol station on 71 occasions.