A SERIES of winter videos that have been developed by the Bratislava Tourist Board (BTB) will promote Bratislava as a tourist destination. 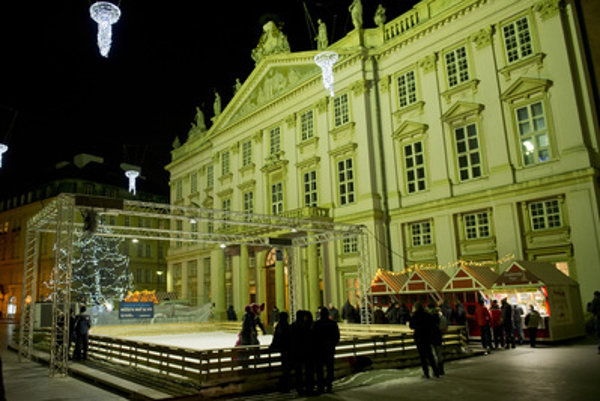 Altogether, three videos for the winter campaign will follow the Like a King and Queen summer campaign and should attract visitors to Slovakia’s capital even during the winter, BTB chair Alžbeta Melicharová told the TASR newswire around Christmas.

“The spots present attractive places, events and other opportunities for a pleasant stay in Bratislava in the winter,” she said. “They also present traditional holiday celebrations and sporting events, as well as carnivals and the ball season.” The main idea stems from a long-term strategy to present Bratislava as the “Coronation City on the Danube River”.

BTB expects a positive effect from the winter campaign, as was the case for the summer one. The summer campaign presented Bratislava in the Czech Republic, Hungary, Austria, Germany and during the world EXPO 2015 exhibition in Milan. “The success of the campaign was confirmed by a 22-percent increase in the number of visitors to Bratislava in June,” Melicherová noted.

“The videos are already available on the Internet and are aimed at users abroad,” said BTB PR manager Maroš Plitko. As many as 26 people acted in the videos, which were completed within six days.

The recording took place at various locations – the Slavín monument, the chairlift at Železná studienka, the Primate’s Palace’s Hall of Mirrors and the cafe above the SNP Bridge. Included in the campaign is an invitation to the European Figure-skating Championships due to take place in Bratislava between January 27 and 31.