The oldest church in Orava 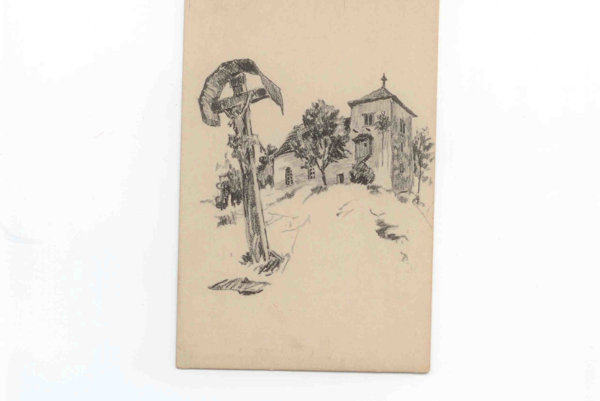 Besides this, he was also fascinated by unostentatious buildings which were part of the historical culture of the country. Thus, when visiting Orava he could not ignore a modest church in Vyšný Kubín. Little was known about the Holy Trinity Church, and many considered it a sacral building of the Czech Hussites’ movement. No wonder, for the first years of the common Czechoslovak Republic were marked by a search for joint roots and history. The phenomenon from the 15 th century when the army of Czech heretics – Hussites – invaded the territory of the then Hungarian Kingdom used to be interpreted, until the 1980s, as an act of brotherly help, when in fact these were rather looting raids.

There could have been another reason for considering the Hussites as the authors of this church: already the contemporaries of Janko Alexy knew that this structure has no par in Orava. After the Orava Castle – the political and administrative centre of the region – this is very probably the second oldest brick building of this region. As facts about its origin are not widely known, people’s imaginations placed it to the times of Hussites.

According to more sober estimates of current experts, this was built later in the a Renaissance period but it stands on Gothic foundations which may stem from the “Hussite” period. The original church was likely built of wood.