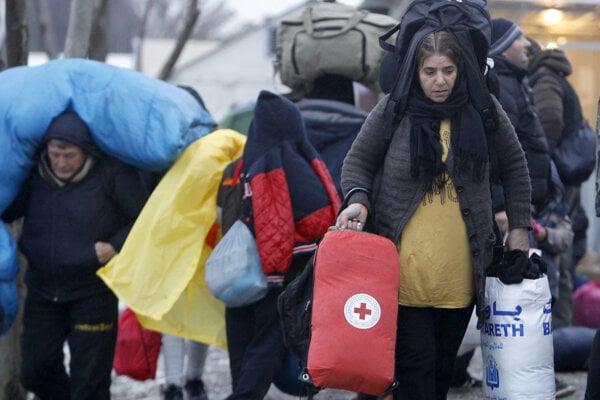 The migration of over a million asylum seekers to Europe in 2015 has been a transformative experience, for us as much as for them.

To understand the context of this statement, it helps to return to July 2013 and a mass celebrated by Pope Francis on the tiny Italian island of Lampedusa, the temporary home of thousands who even then were trying to reach the continent. “We have fallen into a globalisation of indifference,” the Pope told the assembled Africans, Syrians, and Afghans as he begged forgiveness for Europe’s apparent disinterest in their fate. “We have grown accustomed to the suffering of others, it doesn’t concern us, it’s none of our business. We have lost the sense of fraternal responsibility.”

Within two years of the Pope’s speech, asylum applications in the EU had more than doubled as war and despair continued to generate floods of refugees. Germany, mainly thanks to the resolve of Chancellor Angela Merkel, kept its doors open; but many, like Slovakia, denied fraternity, responsibility or even concern for the migrants. Thanks to the resistance of the EU’s rebels, only 190 of last year’s one million newcomers have even been formally relocated.

In the same way that acts of humanity, of generosity, have the power to inspire us, indifference to the fate of strangers can destroy even the little that holds our country together.

Hundreds of thousands of young Slovaks now live and work abroad, and while their stated reasons are often academic or economic, there is also a powerful undercurrent of dissatisfaction with the uncharitable, duplicitous and fearful nature of the modern Slovak state.

Just as Europe’s inability to agree even a basic response to the migrant crisis invites reflections on how slow mankind evolves, so too do this year’s excesses by intolerant radicals in Bratislava (both in politics and on the street) evoke despair. That after all of the country’s triumphs, in defeating Mečiarism, returning to Europe, and making the economy the envy of our neighbours, we’re still in many ways the same people we were on January 1, 1993: insecure, suspicious, and easy prey for cynical rulers.

In the end, how Slovakia responds to migrants makes little difference to the migrants themselves. Few of them, after all, intend to settle here, and the numbers we could accommodate would only be a drop in the European bucket. But it makes a huge difference to Slovakia itself: to whether the country will ever become a desirable alternative for its exiled sons and daughters, or remain merely a xenophobic retirement home for their parents.