Yet Slovaks rank below Russians and Ukrainians in the volume of hard liquor consumed. 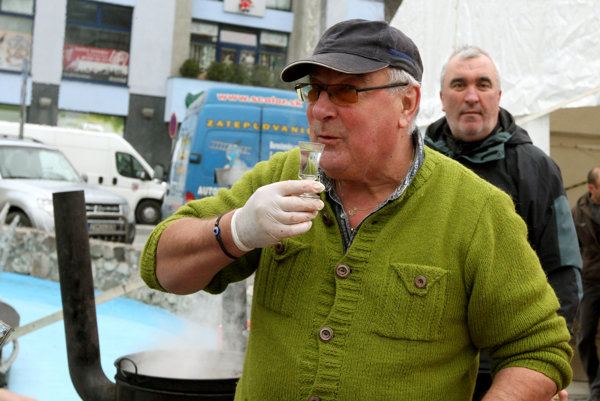 On average, Slovaks drink 13 litres of spirits a year whereas the global average is six litres, Ľubomír Okruhlica, the director of the Centre for the Treatment of Drug Addiction cited statistics unveiled by the World Health Organisation (WHO) in its global status report on alcohol and health 2014. Belarus tops the chart with 17.5 litres of hard liquor consumed while in Russia and Ukraine it is 15.1 and 13.9 litres, respectively.

Contrary to Czechs or Italians, who prefer beer or wine, Slovaks reach especially for spirits, with 46 percent of those consuming alcoholic beverages drink vodka, fernet or borovička (juniper brandy). They are followed by beer and wine.

“Of that [alcohol consumption] 46 percent are spirits, 30 percent beer and 18 percent wine,” Okruhlica specified as cited by the TASR newswire.

A Slovak male consumes on average 20.5 litres and a female 6.1 litres per year.

Okruhlica specified that not all Slovaks drink alcohol when based on the WHO statistics 29 percent of men are teetotallers and 39 percent of women.

People express an interest in alcohol also online, via Google. The interest is increased at the end of the year and at this time of year the keyword vodka is typed into the search engine mainly by people from Prešov and Košice regions. The public is also searching for pivo (beer) currently and also during the summer, said Okruhlica.