Media failed in presentation of refugees

The migration crisis has tested the media’s approach to minorities and revealed common stereotypes, prejudices and generalisations. 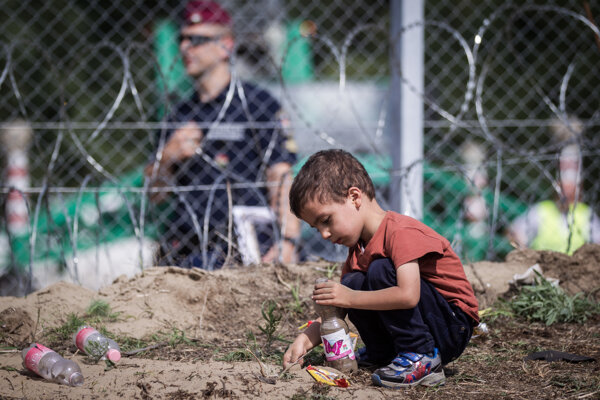 Agnes Horváthová from the Romano Kher - Rómsky dom (meaning Roma House) civic association concluded this based on the media monitoring it conducted in cooperation with the Media Academy in Bratislava. Its findings show that the media depicts migrants just like as they do Roma people – as a homogenous and monolithic group that poses mainly problems.

“Politicians have only backed up these stereotypes labelling the Roma issue as irresolvable and discouraging admission of refugees to Slovakia,” said the activist as cited by the TASR newswire.

According to Horváthová, some media outlets are purposefully advocating good examples and thus try to improve the negative image of Roma.

“On the other hand, there are media that keep on confirming stereotypes and prejudices,” said Horváthová. “They realise that Roma people are one of the ‘marketable articles’ in media and do not hesitate to state the ethnicity directly in the headline.”

A lot of stories depicted the way of life in Roma settlements. The research showed that of 309 stories, 145 were with no specified residence and 102 about Roma living in settlements. However, the Roma Communities Atlas shows that approximately half of all Roma in Slovakia live dispersed among the majority population.

“Journalists often do not give any space to Roma of which they inform the public,” said Horváthová, reminding that Roma as well as refugees can’t defend themselves as they often don’t have any access to media. “If such a space is offered, they usually label the Roma respondent as a settler.”

The activist recalled that especially journalists from major media can influence opinions and negative feelings towards Roma people who have been living in Slovakia for centuries, adding that while the Roma are citizens of Slovakia, in media they are often presented as a differing group of citizens.