PROTESTING teachers and nurses are reportedly planning joint protest actions to draw attention to the poor conditions in both sectors. 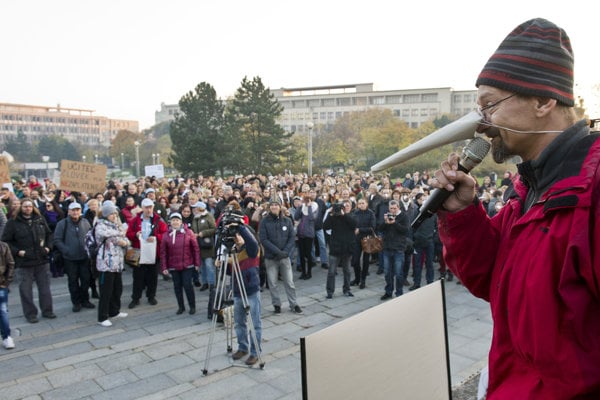 They agreed on joint meetings and joint public presentations, to “point to under-financing and low salaries in health care and education where we are in the last places regarding tariff salaries, corruption scandals and non-transparent use of money which also cause the draining of finances”, Vladimír Crmoman of the Initiative of Bratislava Teachers told the Denník N daily.

The representatives of teachers have meanwhile created a strike committee to prepare the general strike. Though it is not clear when the strike may begin and how many schools may attend it, it will surely happen before the March 5 general election.

This situation follows the series of teachers’ protests that took place in the end of 2015, including the Rally of Long Noses held in front of the Government Office, the Health Day during which teachers either donated blood or went to medical checks to their doctors, and the Babysitting Day. Neither of these protests persuaded the government that it is necessary to accept teachers’ demands for salary hikes as well as finances for the sector.

“Unfortunately, the government has been ignoring teachers’ demands as well as the recommendations of Slovak and foreign experts in education,” Crmoman told Denník N, adding that many teachers think that the situation may be changed only by striking. 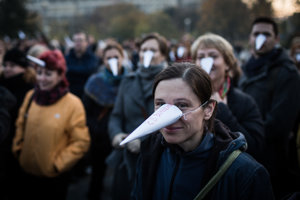 Education Minister Juraj Draxler admits that teachers should earn more, but adds that this will be the task of the new government. Their salaries will increase by 4 percent this year, though in previous years it was 5 percent, Denník N wrote.

Similarly to teachers, also nurses are calling for higher salaries. The law however does not allow them to protest, thus they started handing in notices. More than 900 nurses currently are in notice period, though many of them have already withdrawn their resignations, Denník N reported.

The notice period of most nurses will end in January.