THE SLOVAK Interior Ministry will deploy 25 police officers to assist in securing public order in Macedonia. 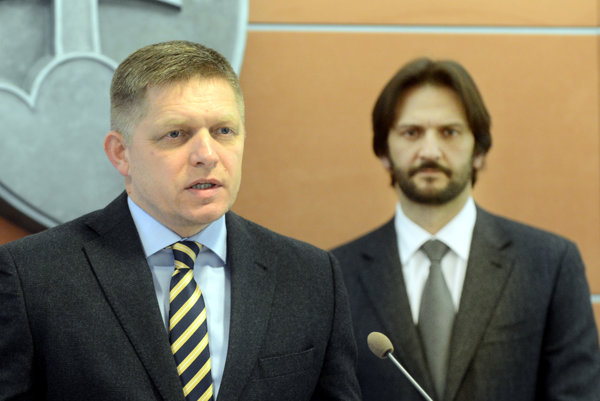 The government is to approve the deployment on January 13 and they will leave for Macedonia on February 1, Prime Minister Robert Fico told the press on January 5.

The biggest problem the European Union faces is unregulated migration flow entering Europe in Greece via Turkey, Fico said, as reported by the TASR newswire, adding that they bring security risks.

The current decrease in the inflow of migrants is caused by the weather and not by measures adopted at the EU level. Fico said that currently 1,000-5,000 migrants are entering Europe daily, according to the prime minister. He added that these are still unacceptable numbers and that they will rise in the spring.

In an effort to address the migration crisis and the protection of Schengen area borders, Slovakia deployed a unit of 50 police officers to Hungary in October 2015 and 20 to Slovenia in November 2015.

Interior Minister Robert Kaliňák said that Slovak police officers were deployed at a 40-kilometre stretch of the Hungarian-Serbian border and have detained 64 people. He added that Slovakia will offer 100 police officers to the European Agency for the Management of Operational Cooperation at the External Borders (Frontex).

“We are in the throes of the selection procedure, where there are more applicants than there are vacancies, so we can select the best,” said Kaliňák, as quoted by TASR.

Although Macedonia is not an EU member, it is located on the so-called Balkan route via which refugees travel to western European countries. Regarding this, the Former Yugoslav Republic of Macedonia asked the Visegrad Group countries (the Czech Republic, Hungary, Poland, Slovakia) for aid in addressing illegal migration and also for equipment aid.

The Czech government decided on December 21 on the deployment of 25 police officers that will serve in Macedonia from mid-January until the end of February. In addition, the Czech Republic will offer 20 million Czech crowns (€740,000) in order to address the issue, TASR wrote.