THE BELIEVERS in Slovakia celebrate two different feasts on January 6, which is a national holiday in Slovakia. 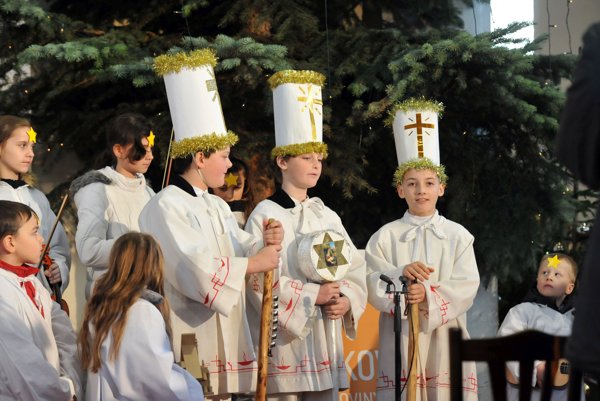 On this date Christians celebrate the Epiphany, also known as Three Kings’ Day, and the revelation of God the Son as human in Jesus Christ. The feast commemorates principally the visit of the Magi to the Christ child, and thus Jesus’ physical manifestation to the Gentiles. It belongs to the oldest Christian feasts.

According to the Bible, wise men from the East were led by a star to the infant Jesus in Bethlehem, arriving twelve days after his birth to present gifts of gold (for a king), frankincense (for a priest), and myrrh (as a symbol of suffering). They were later depicted as “three kings” and by tradition called Melchior, Caspar and Balthazar, though the evangels do not state anything about their number, status or names, the TASR newswire wrote.

In Slovakia, the festival is marked by masses celebrated throughout the country, and there are also several concerts and Bethlehem plays held in churches, TASR reported.

Meanwhile, members of the Eastern Orthodox Church in Slovakia are preparing to celebrate their Christmas holidays, which fall on January 6-9 according to the old Julian calendar (named after Roman Emperor Julius Caesar). Most Orthodox believers, residing mostly in eastern Slovakia, celebrate Christmas Eve, or viliya, on January 6, and celebrate the birth of Christ on January 7 rather than on December 25, which is the date according to the Gregorian calendar, introduced under Pope Gregory XIII in 1582.