Around this time of year, people start debating whether resolutions made in the new year are valuable. Whatever your opinion, the change in the calendar is an opportunity (among many) to reflect on the last year and see what needs to change in Slovakia. 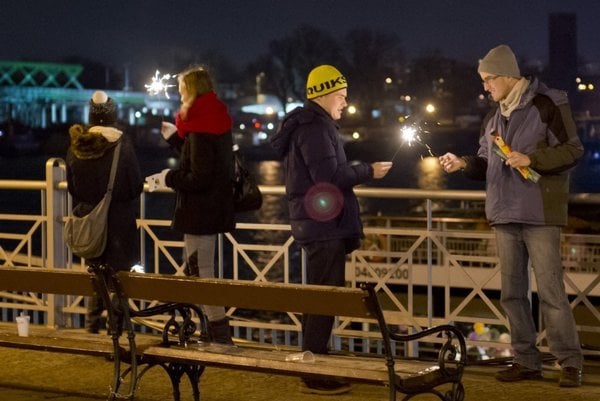 Someone more learned than I could draw up political plans, economic changes, and foreign policy goals. To me, however, changes at the grassroots level will influence both our daily lives and the political sphere. Here are four ways that we the people can change Slovakia for the better:

Political corruption makes news headlines, but lack of integrity is not a problem of only politicians. They are a sample of the population as a whole. How can future generations of politicians be free of corruption when cheating is rampant at schools, bribes are paid in sports, and sketchy business deals are made in secret? Integrity matters in our daily lives, no matter if it is ‘just’ a test at school.

2. Smile at a Stranger

Slovaks are exceedingly helpful and hospitable - to people they know. For the stranger, it can be lonely and hard to make friends. This is not just my experience as a foreigner but even that of Slovaks moving to a new town. Reaching out to a stranger when you don’t know how they will receive it takes both vulnerability and courage. Personally, I find it rather terrifying. Nonetheless, take the next chance you get to smile at a stranger (if any of us look up from our phones), to build the connections and community Slovakia needs to thrive. Or just to make somebody’s day a little more cheerful.

I am often asked why I live in Slovakia, but in a tone of voice that seems to convey that I’m crazy to have left Canada to come to this horrible place. It’s true that Slovakia isn’t perfect, but then, no country is. Every country has its pros and cons - it’s easy to see the negatives, try to see the positives. I find that Slovakia is often compared to Western European countries and comes up short in people’s minds.  Embrace a Slovakia that is the best version of itself, instead of constantly trying to catch up to the others.

And all the negatives? All the things that drive you crazy about this country? Rather than complain, do something about it. Be proactive. Kudos to the leaders who organize volunteers to pick up garbage around their towns, who start a charity or develop an event, who do something about what is lacking. If you wait for someone else to fix a problem, it will never get done.