THE INTERIOR of Ivan Cehelský’s house in Považská Bystrica resembles a fairy tale cottage. There is tastefully placed furniture, porcelain in the cabinets and every visitor is welcomed by smell of Christmas pastries. Yet there is something strange about the house. 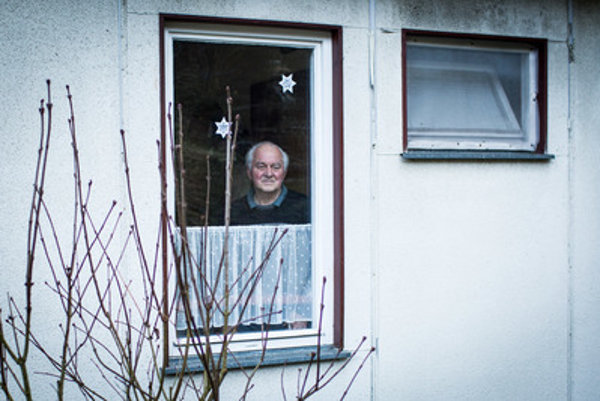 “Someone broke to my house in summer, damaged taps and flooded whole house therefore we don’t have carpets here as they are still drying,” Cehelský told The Slovak Spectator.

Cehelský is an environmental activist, which angers some businessmen in the town, according to him. In recent years he has experienced several attacks: Someone broke his windows, his son's car was burned and his cottage in Osturňa village was set on fire and burned to the ground.

For his activities, Cehelský received White Crow award in 2011 honouring Slovaks who take personal risks as whistleblowers. Since then his story was widely spread by media yet he still suffers one or two attacks every year. The biggest problem - according to him and many other whistleblowers - is that Slovak authorities lack will to help them.

In late 2009 Cehelský approached Environmental Inspection in Žilina city pointing to forest being cut down in the protected area of Strážovské vrchyl. When investigating the cutting he found out that a local deer-field was extended from 70 hectares to 204 hectares. The fence around the field blocked migration path of animals in point of multiregional relevance.

The field is popular place for influential people and even ex-president Ivan Gašparovič goes there to hunt, according to Cehelský.

“Firstly, they broke our windows [in house] while I was in my cottage,” Cehelský said. “After I came back home the cottage was burned to the ground.” 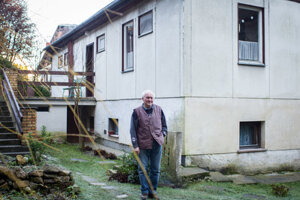 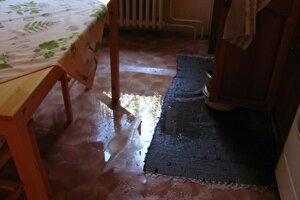 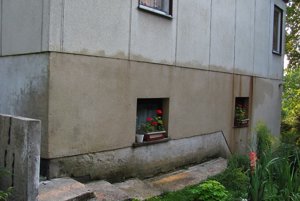 In order to deal with those attacks he approached police but saw a little will to investigate his case. Police launched official investigation only after several years in summer 2015 after his house was flooded.

Cehelský’s house is insured but the cottage is not. However, he has not seen any money from insurance company to cover house repairs because investigation is still ongoing. The same is true for his son’s burned car.

Also another winner of the White Crow prize, Zuzana Melicherčíková encountered unwillingness of institutions after she revealed an alleged fraud at the Law Faculty of Comenius University in 2008.

Melicherčíková informed that a group of students with a very similar profile was admitted to the school under strange circumstances. All already graduated from one school and worked as tax consultants. The school did not accept them at first, but changed its decision even as there were students with better test results who were still denied entry.

She turned to a prosecutor office but it shelved the motion arguing that this matter is in the school’s jurisdiction.

Dean of the Law Faculty Marian Vrabko accused Melicherčíková of leaking internal data and the faculty filed a criminal motion. The case made it to the Constitutional Court but it was not proven that it was a fraud. Currently the investigation has been shelved.

Due to long-term conflicts at work Melicherčíková submitted her notice and to avoid collecting unemployment she started to work at McDonald’s.

After Melicherčíková pointed to the suspicious accepting of potential students, defamation on the internet about her personal life began. There is suspicion that one of IP addresses used for sending defamation messages was used by Smer MP Anton Martvoň who then worked at the faculty as an expert lecturer. He claims to have alibi for the time when messages were sent. Melicherčíková has since sued him.

“Internet messages targeted my private life and particularly hurt my daughter who was then 12-years-old,” Melicherčíková told The Slovak Spectator, adding that her daughter then moved out and started to live with her father and, what is more, she wanted to change her name to avoid being connected with her mother. 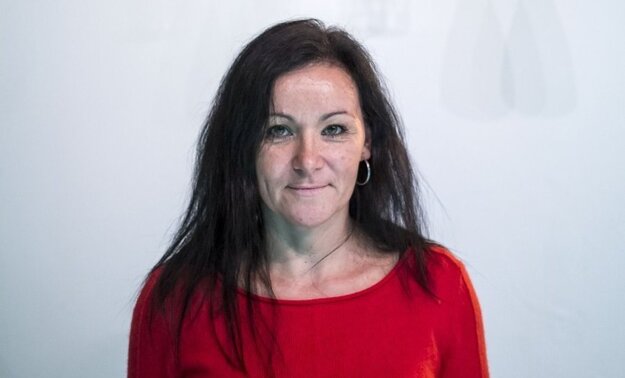 Her case has been protracted for two years and no court session has ever taken place. Martvoň did not come to the first session saying that he has to present in the parliament. The second hearing was cancelled because judge retired and the case was passed on.  He studied the case for whole year. He set the date of third session on January 2016 but in December 2015 Melicherčíková received note from the court that judge has changed again.

“We will probably wait for another year,” Melicherčíková said. “I don’t believe that these things are coincidences.”

Meanwhile she found a job in Austria and improved relationship with her daughter.

“Our relationship is improving but we still don’t talk about that,” Melicherčíková said. “However, she is not ashamed of me anymore.”

Both those White Crow recipients agree that one of the biggest obstacles they had to overcome was the unwillingness of institutions to deal with their motions.

However they learned there that all shortcomings were solved and there is no reason to deal with the case further. Ministry inspectors did not even take a look at the fence, according to Cehelský. Two day later Cehelský’s house was flooded.

When it comes to the Interior Ministry, Cehelský’s letter was sent to local police office. It means that it came to same people who refused to deal with his case in past.

Melicherčíková has similar experiences. After the prosecutor's office rejected her criminal complaint she approached the Interior Ministry, which also did not accept her complaint. The Education Ministry never responded to her letter.

Law school representatives have ties with police officers and prosecutors, she said.

“The Law Faculty, Interior Ministry, Prosecutor Office, investigators – when you check the names of people working there you will see that they are relatives, classmates and so on,” Melicherčíková said.

Law without people does not work

The stories of these whistleblowers show that these courageous people often pay a big price for their activities. For instance, they lose their jobs, their relationships crumble, their health deteriorates or they become stigmatised as snitches.

After years of endeavours by activists to push through a law on protecting whistleblower, Robert Fico’s Government approved a law on their protection that has been in force since January 2015.

The law entitles whistleblowers to free legal aid from the Legal Aid Centre that comes under the remit of the Justice Ministry, but only after they have already drawn attention to dishonest behaviour and are in need of a lawyer. The centre also provides preliminary consultations, but this is only basic legal advice, according to the centre’s former director Mária Kolíková.

The environment in which the law is supposed to operate is a bigger problem. Only one in two people believe in the police and one in four in the courts. There’s still a lack of ‘big fish’ being convicted in politically sensitive cases. Change is needed in the approach of the police, courts and prosecutors’ offices, according to Pavol Lacko from the Fair-Play Alliance.

“Without systemic changes in these areas, it’s possible that this law will function only on paper,” said Pavol Lacko from the Fair-Play Alliance.